BullGuard says last Friday’s DDoS attack proves how vulnerable IoT devices are to hacking. Future attacks, however, are likely to get much worse. 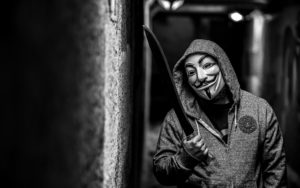 The latest data from BullGuard’s IoT Scanner, a free tool that allows consumers to check if their connected devices are secure, suggests the recent DDoS attack could will be the first of moany.

The company has scanned more 100,000 consumer unique IPs using it IoT Scanner, and while 4.6% revealed holes, the scale of the IoT that makes this figure alarming.

With around four billion connected devices in the world, this equates to almost 185 million vulnerable devices today. This is much higher than the numbre used to cause the disruption seen in the DDoS attack, which is thought to have be in the tens of thousands. Moreover, analysts predict 50 billion IoT connected devices by 2020.

It’s a stark warning for both device manufacturers and service providers – the rise of the IoT is upon us, and cybercriminals now have a new and more vulnerable platform from which to launch coordinated attacks on a constant and unprecedented scale.

“Even though the Internet of Things is in its relative infancy, this attack shows how just a small proportion of vulnerable devices can cause concern. We’re fortunate that this incident was benign, but it is a reminder that security cannot be an afterthought in this emerging market.

“We would urge people to be vigilant and take the necessary steps to ensure that basic security measures are in place,” said Paul Lipman, BullGuard CEO.

BullGuard’s IoT Scanner is a free tool for scanning a network for vulnerable connected devices. BullGuard also offers free help and advice on how to secure these devices with its IoT Consumer Guide. The company says it is Europe’s number one rated consumer security company.

Its product portfolio includes in-depth internet security, comprehensive mobile security, 24/7 identity protection, and social media protection for both home and small business users. BullGuard is also a pioneer in the Internet of Things (IoT) and connected device security for consumers.

Following the acquisition of Dojo-Labs earlier this year, it is leading the consumer-cyber security industry in providing the highest level of protection to consumers across all of their internet-connected devices and smart homes.