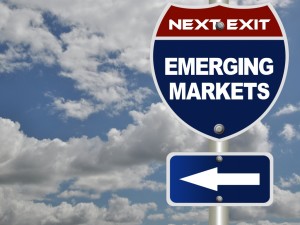 A new report has revealed that engaging consumers in high growth markets could offer a $70 billion revenue opportunity to digital services providers. The findings, however, also show that tech brands need to address the intricacies of each market and adjust their strategy accordingly.

The 2016 Developing Markets Mobile Commerce report, commissioned by Upstream, a leading mobile commerce accelerator in high growth markets, reveals that if cost wasn’t an issue, Netflix is the brand that consumers across the markets questioned would like to access most via their mobile device.

More than a quarter (26%) named Netflix, ahead of Apple Music (25%), BBC News (20%), Amazon Prime (17%) and Spotify (13%) as the biggest mobile brand. The report reveals that the top factors which influence the decision of consumers in emerging markets to purchase a digital mobile service are pricing adjusted to local currency (88%) and low data charges (87%).

The data also reveal that 61% of consumers in the markets questioned feel unsatisfied with their current mobile connection, with 25% stating it is unreliable and 36% stating it is slow. As a result, over a third of consumers (40%) want brands to provide ‘lite’ versions of their digital services.

The findings highlight that localisation of content is key for consumers in emerging markets; with more than 75% wanting the digital services they consume to have a substantial local feel. In Brazil, video services are used by 62% of consumers, with 92% of respondents requiring at least a balanced mix between local and international content in their preferred streaming services.

* The study was carried out in January 2016 by YouGov on behalf of Upstream and was based on 5,215 consumers in Brazil, Egypt, Indonesia, Nigeria and South Africa. The survey sample was age and gender representative of each of the markets covered.