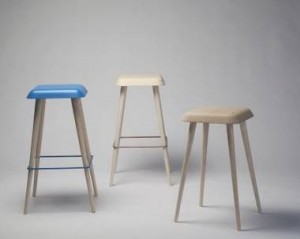 Trade shows have changed a lot over the years. I remember going to several where I would sit transfixed with boredom but at least I could smoke at the table. Ah, those were the days.

I’ve attended trade shows in Miami, Cannes, London, Brighton, Barcelona, San Francisco, Madrid and many less glamorous cities. Apart from getting pissed on free posh drink at (usually male-only) parties I can’t remember ever getting much out of them except the sight of men in suits trying to dance.

I’ve also sat on and presided over innumerable panels and while that does sometimes result in business and an increased network, it was still a grind. Furthermore, as a writer, contra-deal-maker or occasional journalist, I have never, EVER, paid to attend one.

That’s why I find it absolutely extraordinary that they’re so crap and so expensive. There are all sorts of reasons people go, get away from the wife/husband and kids, spend time in 4* spa hotels, but I suggest another way of spending that money.

Today I was invited to a Decoded course in Shoreditch to learn the rudiments of code and the joys of HTML, Javascipt and CSS. The course cost £600, rather less than more-than-one-day trade shows, and by the end of the day some decade-long questions had been answered and I had built a working geolocation app.

Amazing, and while it fried my brain and rendered me unable to go out on the London piss as planned, I achieved something. Granted, I’m unlikely to become a developer but at least I know Java and Javascript are completely different languages and it was all Netscape’s fault for the confusion.

So, marketing departments of the world, retrain your budgets. Redirect them away from cash-cow events that benefit the organisers more than the audience and spend it on training and courses.

As today’s experience proved, not only will your executives learn new things and be able to do better work, their livers will benefit and nobody will ever need to see drunk men dance in public again.