Available on the App Store and Google Play Store, the company’s ‘mini-gifting concept involves sending affordable, meaningful gifts redeemable from shops, cafés, pubs or online retailers – all for the same price as a birthday card and a stamp.

Prsnt has partnered with more than 100 of the UK’s most-loved high-street brands, including  Costa Coffee, Amazon, The Body Shop, Nike, Deliveroo, Red Letter Days, All Bar One, Spotify and many more. This means that no matter who the recipient is, the gifted will be able to find a great gift for that special person. 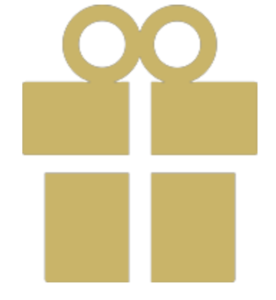 “What we’re trying to achieve is a modern way of gifting, removing all the bottlenecks in terms of hassle while also addressing sustainability. We achieve same-second delivery, so it’s perfect for a friend’s or family member’s birthday or you don’t want the delay of sending something in the post,” said ,” said Omid Moallemi, Co-Founder, Prsnt.

The app reminds users when their friends’ birthdays are, and lets them send a gift – perhaps a coffee or glass of wine – and a personal video message straight to their phone when they can’t be there with them in-person to celebrate.

Once the recipient has received their gift, they can redeem it from their local outlet or online, removing a huge geographical barrier to gift sending and receiving that currently exists for most people.

Prsnt Co-Founders Omid Moallemi and David Parr were working as Co-Directors of a marketing and design agency when they began developing Prsnt. They share a co- working space in Brighton’s North Laine with technology developer Hamish Page, marketeer Louis Wren, and IT specialist Dan Hamilton of Source 3 Media. The two teams joined forces to combine their diverse skill sets and build Prsnt in September 2019.

In March 2020, the Covid-19 pandemic served as a catalyst for the Prsnt team to pivot their efforts to developing the app full time. By June 2020, the app had received an initial round of seed investment and the final months of 2020 saw the app gain its initial test market through peer-to-peer referrals.

Likewise, if lockdown restrictions were to return, Prsnt has enormous potential for helping people stay connected with digital mini-gifts that can be redeemed from online retailers.