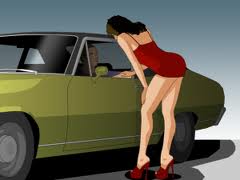 German insurance company Munich Re has a novel, one could say Dominic Strauss-Khanian, approach to rewarding its best salesmen.

The company took away 100 of its ‘particularly successful salesmen’ to a thermal baths in Hungary to be ‘received’ by 20 prostitutes. As one of my more astute Twitter followers opined: “If 100 salesmen were following only 20 prospects, they should all be fired.” Quite.

Apparently, and conforming to all narrow stereotypes of Germans etc, the knees-up was meticulously planned with the hookers wearing coloured arm-bands denoting availability, and who all had ‘their arms stamped after each service rendered’.

Naturally, this image lingers long in the mind, but my first thought was for the reps of social business network LinkedIn as the company embarked on its bonkers IPO this week. Would they be similarly rewarded for selling the craziest IPO of the recent social-tech boom?

This newsletter will be published before New York opens for trading, but the closing valuation of almost $9 billion is insane. Granted, I’ve recently updated my LinkedIn status and I have been regaled over lunch by the company and its PR agency, but I still don’t get it.

Notwithstanding the PR’s officious advice about how I should pitch for work or how I would never get a job with my existing profile, they were nice enough people and I hope they all make some money, but $9 billion for a social networking site where people post their CVs and ask their mates to write recommendations? Barmy.

LinkedIn, to its credit, keep trying to turn me and I’ll see them next month for a tutorial, so I’ll hold my social networking horses. But valuing LinkedIn at $9 billion, that’s almost as unsustainable as a German company offering a Joy Division to its salesmen. Sorry, did I say unsustainable? I meant offensive…