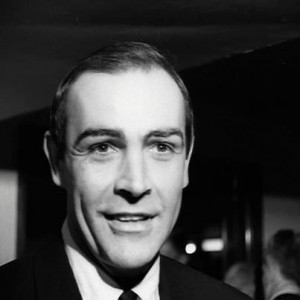 Lucy Fleming is the niece of Ian Fleming and is closely involved in commissioning the new James Bond book by William Boyd, due to be published in Autumn next year. She has recently produced all her uncle’s full-length novels read by great British actors for download or on CD.

She has been an actress since she was 17 and has appeared in a number of West End plays. Sadly, she has never appeared in a Bond film.

What is it like being a woman and the gatekeeper to such a testosterone-based series of books?

I am not really the gatekeeper. I am one of the board members of a family company that looks after the literary side of Bond. It is great fun to be involved with Bond and several of the readers remarked on how the book Bond is more romantic than the film Bond- perhaps not so testosterone-fuelled.

Why now to launch a new set of audiobooks?

We haven’t done unabridged readings for a few years. With all the modern technology for downloads and for listening on the move it seemed a good time to bring out some new recordings. We have previously had really great readings but always one voice doing all the books. My idea was to have a different voice for each novel and match some of our brilliant British actors to Ian’s well-known titles.

Did you have any preferences or say on who should read the audiobooks?

Yes. It was almost like casting each book individually. I worked closely with the director matching voices and characters with the stars…and then being patient until these very busy actors had enough time for us. Then having a great time in the studio hearing Ian’s words brought stunningly to life.

Are you hoping to reach new audiences with downloads?

Yes. I hope that the generation that aren’t familiar with the books will find it fun to recognise the original plots and hear Ian’s descriptions of villains, girls, car-chases and love scenes and discover the Bond world that is so familiar from the films. Find out, in fact, where Bond began.

What is your preferred James Bond medium? Books, audiobooks, films or even video games?

I love the books- they are good page-turners. I love listening to the recordings – there is something very soothing about having a story read to you. The films are brilliant, fun and amazing. I fear that if I got into video games I would get hooked!

I don’t know but I would guess that it might be Casino Royale as it was the first one he wrote and it was where Bond was born.

If there was one actor that hasn’t read the stories or played Bond in a movie, who would it be?

Would your uncle have been surprised at the scale of the Bond franchise and fan base?

Not sure. He was always trying to get the books made into films and he saw the huge success of Dr No and From Russia With Love so I think he wouldn’t be that surprised.

What is the Bond legacy? Can it still inspire a new generation of spy novelists and film makers?

Oh that is a difficult question, I dunno. But if it inspires people to write and make films and be creative that must be a good thing.

I started professional life as a magazine journalist, working on music magazines and women's titles before becoming a web editor in 1997 and have worked purely in online publishing since 1998. I am now the Services Director at search marketing agency Vertical Leap.