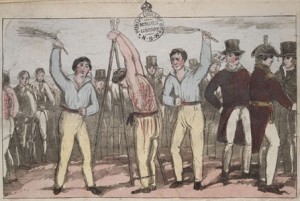 It seems as if the Olympics medal table is now as important to a country’s self-esteem and economy as the latest bulletin from Standard & Poor.

Naturally any clinging to this particular refuge is a place for scoundrels and idiots and I suppose it’s great that our little island is third in this list, but ‘host nation’ generally means a lot of planning and a lot of resource thrown behind well-gened athletes. No real surprise then…

However, while such a table is a distraction during the worst recession for 80 years, it is those countries that are FAILING in the medals chase that is interesting.

Look at India, more than 1.1 billion people and (at time of writing) only four medals, none of them gold. Then there’s those Argentinians… only two bronzes, perhaps in Rio 2016 the Olympics committee should make ‘Invading Other Countries’ South Atlantic Rocks’ an official sport and they might win something.

Anyway it appears that this sports-mad country with an amazing climate for producing athletes isn’t doing too well. Apparently there has been no ‘legacy’ from the Sydney 2000 Olympics and there is going to be a Government ‘enquiry’ about the country’s performance in London.

Well, I’d like to say ‘something’ about Australia. It’s a great place, the drive from Perth to Darwin and down through the Northern Territory to Adelaide is extraordinary. Leftfield cultures in these cities and the Eastern ones are like any other cool city… but it’s very, very hard to like the type of Australian that shows off.

Over the years I’ve heard umpteen Australians talk about how shit London is, never a nice word apart from the fact that these people were never hip enough to go to the right places. Once upon a time they used to live and work in Earl’s Court and Acton, thankfully now London’s digital industry is giving them a chance to see the real London. Coming over here, nicking our digital jobs etc… haha.

But it’s their politicians, representatives and sports people who just bang on and on and on about how fantastic they are and how crap the poms are that renders me delighted whenever their well-publicised efforts flop.

When their cricket team and other sports teams were doing very well their boasting and sledging was crass but true. Even their jingoism about their economy (based on sales of aboriginal-owned minerals to China) had to be listened to with rictus as the Australian dollar surged and the pound dived.

But it’s all a bit different now. This is a country that isn’t a good loser. I appreciate that the Queen still has sign-off on their constitution and that might be annoying if you think your country should be independent. But when that country’s main broadcaster turns off cricket coverage because the poms are winning, then you know something’s up.

This week one of the country’s newspapers did what Australia has been doing for decades and passed off New Zealand’s successes as their own by putting ‘Aus Zealand’ at sixth place in the medals list. Another had Australia top of the medals table by using silver medals as the yardstick, not gold. Pathetic.

I once (and only once) cleared up from the break playing pool in an West Australian pub. It was one of those REAL life achievements and when I potted the black I expected my opponent and observers to congratulate me and buy me a beer. Oh no no no no, grandad, apparently I had set up the balls in such a way that I couldn’t fail to clear up.

That is exactly the type of thing Australians said the last time we came above them in the medals table. Apparently we were good at ‘sitting down’ sports such as cycling, sailing, rowing… medals earned in these disciplines (and their eyes) were devalued.

Aside from all these stupid traits, if there’s one phrase that drives me bonkers more than any other it’s when maybe-convict-offspring describe me and my countrymen as whingeing poms. Well, my Antipodean brothers and sisters, I would prefer from now on to be described as a WINNING pom, not a whingeing one.

Hopefully once you finally get your republic and you stop whingeing yourself about your current LOSERS, you can stop the boasting and we can all get along very nicely indeed. I understand Darwin is very nice at this time of the year.