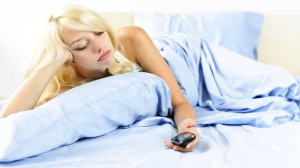 For thousands of years, the level of a man’s sexual prowess remained a mystery until that special moment when he and the object of his affection decided to become intimate with each other.

Since the advent of the Internet, however, all of that has changed. Gone are the days when teenage boys withdrew to clandestine spaces to expose their private parts to the girls they had a crush on. Indeed, nothing seems sacred any more as technology has made virtual voyeurs of us all.

At Digital Mind State, we decided to investigate this global trend in taboo texting. And while there are many theories as to why men do things like sending photos of their tallywackers to women (to gain her attention, to test of her morals and/or to seduce her), we set out to discover whether women’s opinions of this unorthodox method of introduction varied by age, race, or culture.

First, we asked an Internet socialite. Due to her candour on the subject, we’ve decided to keep her identity anonymous: “Attention is exactly what men get when they send us gals photos of their exposed genitals. Of course, we can be guilty of the same thing. Women send photos of cleavage, the ever-popular ass-in-thong shot, and much more.

“Women have more options in terms of what men find sexy, but for men they might feel as if the only sexy body part women want to see is below the belt. I ask myself that question every time I delete another stranger’s genitalia from my timeline or inbox. Between fan emails and Twitter, I’ve received hundreds if not thousands of them. Men think women want to see ‘it’ just as much as they want to see girl parts. Sorry to disappoint you boys, but that’s not always the case,” she says.

“Like many women I know, I’m more likely to become aroused from a steamy letter or text than a lewd photo. I suppose men who send personal photos of their genitals do so in an effort to impress. It’s what they’d crave if they were women themselves (or so they think). Most of these men would jump for joy if a woman sent them photos of her hoo-ha.

“For some, I think it’s a matter of self-pride. Former congressman Anthony Weiner is no exception. He’s obviously proud of his own appendage, and he wants it to be seen and admired. Perhaps his code name, Carlos Danger, offered him a sort of freedom from his Weiner persona. I can empathize. My code name is Aurora Snow, and with it as a shield, I have performed many an act I would never have felt comfortable doing with the name my mother gave me. It’s my code name that has brought on so many dick pics,” she concludes.

The case of Aurora Snow may provide us with some valuable insight. Perhaps in some cases, taboo texting is an example of cause and effect. If she hadn’t first sent those explicit pictures of herself to the cyber world, would she still have received all of those male images? Stories like Aurora Snow’s, and those of her peers, provide a valuable perspective along the continuum of this global epidemic.

As we delved further into this topic we uncovered additional pressing questions such as: a) Once received, what does the recipient do with said photo? b) Does he think about the after-effects of his action? c) Does it make him more desirable to the recipient or even to the other women she may share her new penis portfolio with?” To help us answer these questions, we consulted a clinical professional, South African sex therapist, Leigh Van Der Merwe for her thoughts on this topic.

“Statistics and studies would support the fact that most women are prone not to be aroused by a visual source. Personally speaking, if I gave a dude my number, it wouldn’t necessarily mean that I was thinking in the bedroom although, for many, that would be the general consensus. Instead, I might be thinking business potential or even just someone who was cool to chat with at the time,” she says.

Kaysi’ann Thompson from Kingston, Jamaica, said: “This is what they think I want to see, to let me know what they are ‘packing.’ Now when I ask for a picture, I have to specifically say full body shot. I find that I have to let guys know that, if I want a dick photo, I’ll ask. For me, it’s a turn off completely! Guys don’t know that they are sending a message that I didn’t ask for, and it makes me look at them differently when they send those photos.”

At the end of the day, one thing is certain: sex sells! For the most part, everybody is always thinking about it. Yes, both men and women. Yet fellas remember an important fact about women: sex begins in the brain. In order to have a positive response to your penis, she first has to be receptive to that kind of foreplay.

Second, it has to be welcomed. If you don’t know the answer to those questions before you send that picture, typically your photo will have an opposite effect to your proposed intention.

More quotes on taboo texting: “They are used to a certain type of energy, they await feedback.” – Stephanie Boward, London UK

“Why do you feel the need to go there? You couldn’t catch my attention with your mind versus straight to sex. A lame approach to pick up a chick.” – Andrea S.

“Some girls share and show there girlfriends pictures and compare notes. Some look for approval from their girlfriend. You look for suggestions as the penis come in all different shapes and sizes.” Myazia B.

“It may work” If you gave the dude your #, you must have liked something about the person.” – Sheere P.