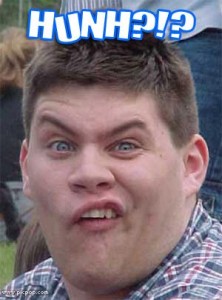 “Australian culture involves fun activities like barbecues, throwing people into pools and being at peace.”

Those illuminating words were spoken by Australian cricketer Andrew Symonds after it was announced that he would be going into the Bigg Boss house, India’s somewhat antiquated version of the Big Brother house.

He is as dense as a pre-global warming ice shelf and that’s saying something for a country that DOES have more than its fair share of idiots. I met one recently in San Diego. Thick as two planks, more like a Labrador than a man, but a good bloke all the same. Thick people generally have that knack in the same way that fat people are usually ‘jolly’.

So instead of going on about how I’ve always met a Thick Australian and their accents and coming over to London to take all our jobs and then complain endlessly about what a crap city London is, I thought I’d give stage to Mr Symonds and his words of wisdom.

“Ah, they’ve all wished me luck because my body clock, routines and even food habits will undergo a major change. I hope I come back, well, a winner.”

“I chose to remain clueless about whatever was happening inside. I’m sure people are doing their best to grab eyeballs but I didn’t want to form any opinion before meeting them in person. Now that I am entering, I’ll interact with them and figure life out.”

“I decided to do the show as it is something new and a challenge than what I do otherwise – play cricket. Also being locked up with strangers without any mode of communication with the world outside is pretty interesting. I plan to have loads of fun as long as I am inside.”

“Like any other Australian guy I will enjoy and be calm and composed. I will just be Andrew Symonds, the person I am and not a cricketer or celebrity in there. But speaking in Hindi will be a task because my knowledge of the language is incredibly poor.”

Note the use of the third person there… mate.

“I love to watch the colourful spectacle, the song and dance sequences. It’s fun and entertaining but I can’t understand Hindi. I don’t know but if they want me to dance then it’s going to be a big problem for them to teach me dancing. I have met these actors and they are too good at it.”

Now, hasn’t that made your day? Somebody exists on this planet who is definitely, definitely thicker than you.