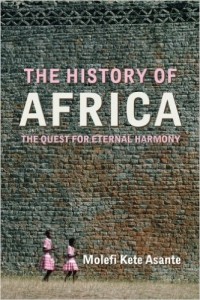 This is not an easy book to read. Coming in at 400 pages and with very concentrated text on each page, this took me more than three weeks to read. Astante knows his history, but his writing style is stodgy.

Was it worth it? Mmmm, just about. The very density of the copy made it feel like a chore, like reading a history exercise book during the most distracting times of teenage education.

It is, however, a respectable effort in communicating 35 million years of history, from the formation of the Rift Valley to the death of Nelson Mandela.

The takeaways for me were the times of the Mali empire and the evolution of Egypt, or Kemet as it should rightfully be called. I also scribbled down some names of great African writers that I have yet to read, so for that I’m thankful. As for the history of Africa, I am now better-informed, but it took a lot of time and effort.