Erase All Kittens is for young players, especially girls, to learn how to code 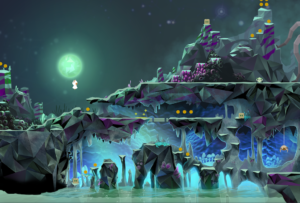 After reaching 160,000 players in more than 100 countries, the company has raised a $1 million round led by Twinkl Educational Publishing, with participation from first investor Christian Reyntjens of A Black Square family office, including one of the founders of Shazam.

The funding will be used to develop a more gamified version of Erase All Kittens (EAK) teaching HTML, CSS and Javascript – the languages of all websites and web apps – to kids aged 8-12. It will be launched in July and sold to parents and schools worldwide.

EAK’s research shows that 55% of its players are girls and 95% want to learn more about coding after playing. The existing game is currently free and is being used in over 3,000 schools, with traction having increased by 500% since March 2020.

The female-founded team believe that code education tools for children naturally appeal more to boys because the vast majority have been built by men – with many teaching coding in a similar and instructional way.

They carried out two years of R&D resulting in a game that teaches girls and boys as young as eight years olds transferable digital skills, allowing them to create on the web.

“Girls can see instant results as they code, there are different ways to progress through the game, and learning is seamlessly blended with storytelling,” concludes Saigal.