Pathway has launched a Manchester-based LED VP Innovation Lab and Production Facility in Partnership with HP.

The company brings to market a 6,000 square foot offering dedicated to the development and production of in-camera visual effects that utilise real-time technology and includes moving image R&D and digital cinema production for filmmakers.

In partnership with HP, the new studio will also provide Virtual Production skills and training offerings that are designed to amplify knowledge transfer to filmmakers. HP will facilitate Pathway’s studio with the latest hardware such as Z-series workstations and scalable digital workspaces via the Engineering Emmy award winning HP Anyware.

“It’s been incredible to see how the film and media industry is moving towards virtual production, and the capabilities Pathway have to offer with the Z by HP suite of solutions for its clients means it’s exciting times ahead, both for commercial users and the young filmmakers of the Future,” said Richard McGuinness, Advanced Compute and Solutions Lead Workstations and Thin Clients, HP UK.

“It is a delight to have the innovative support of HP in our mission to make virtual production more accessible and an even greater creative experience for filmmakers.

We are also thrilled to welcome Amanda [Nevill] to our advisory board who bring’s to Pathway a wealth of hard earned experience from working at the very heart of the British film industry.”

“Pathway’s contribution to the industry will make it possible for more filmmakers to produce content with the very latest technology and to chase down new ideas for LED wall produced cinematography. During this time of industry growth and change, Pathway’s plans will be a big win for Manchester.”

Nevill’s impressive background spans helming the British Film Institute as Chief Executive for 17 years and is currently a strategic advisor to the international screen business.

Pathway’s £1m facility has been invested in by business partners Neuron Audio Visual, a Manchester based AV solutions company with an international reputation for creating extraordinary experiences at events and through venue installations. Neuron’s impressive client list includes festivals such as Glastonbury and Parklife and brands such as Redbull and Beats.

Secret NFTs are about to enter an explosive phase of growth due to its privacy enhancing features from Secret Network. Stashh, the first NFT marketplace on Secret Network is launching soon.

Sienna Network has announced a partnership with Stashh to enable the SIENNA token as a payment option on Stashh.

NFTs (Non Fungible Tokens) are unique tokens that contains rare or unique content. The NFTs prove ownership of the content and we have recently seen artists from digital art to movie makers auction these unique pieces in NFT formats.

NFTs are a growing market and the demand increases rapidly and with the successful launch on AnonsNFT, a series of NFTs with avatars with anonymous faces that sold out almost instantly, and Quentin Tarantino auctioning 7 uncut scenes from his legendary movie Pulp Fiction, the private NFT space is positioned for explosive growth.

Stashh is the first NFT marketplace for private NFTs and is built on Secret Network, which is the same network as Sienna Network is built on. The new partnership enables users to use the SIENNA token to buy and sell private NFTs on Stashh and keep the content completely private.

Private NFTs comes with a number of benefits for creators and buyers. While creators can monetize and protect their IP, users have a trustless control over how they buy, use and sell their NFTs. It is up to the owner to decide whether its ownership should be revealed or not. This is a great security and protection of the IP asset.

Not only can you use SIENNA to privately buy and sell private NFTs on Stashh — the partnership also aims at future features and deeper collaboration. Curious what that might be? Maybe some special NFT collections or the launch of something…. secret? 🤫 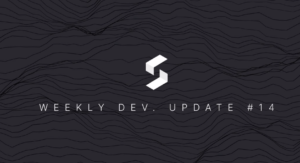 SiennaSwap is dropping – and in the best possible way. After the extraordinary raise of $11.2 million in private and public sales earlier this year and the inevitable delay in launching software, this is probably the development update everyone who contributes to the Sienna Network has been waiting for.

Move your eyes a few inches down now ⏬

What will happen in the days up until launch?

While being 100% private, Sienna also provides low transaction fees due to the inherent blockchain scalability Sienna utilises.
‍
Users can swap any private SNIP-20 token at Sienna. If they do not have private tokens yet, they can use the bridge to exchange their tokens for the private equivalent. They can always be convered back again.
‍
This will enable users to trade through SiennaSwap and much more besides.

Other things that happened last week:

Sienna Network, a decentralized privacy-first Decentralized Finance platform built on Secret Network has launched its wrapped BSC-token on Binance Smart Chain with the token address at the end of this post. 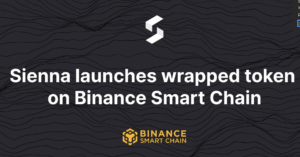 This is another step, following the similar launch of the ERC-20 wrapped SIENNA token earlier this year, for the foundation’s strategy to be fully available across multiple chains followed by additional bridges – such as to Polkadot and Terra at a later time.

Earlier this year, Sienna Network raised $11.2 million in private and public sales and has recently been featured prominently in Tier One Media such as Forbes, The Times, TechCrunch and Yahoo Finance! as well as major crypto outlets and podcasts.

This makes SIENNA available to users in the fast-growing Binance Smart Chain ecosystem, and will be followed by listings on BSC-focused exchanges

The goal is for the coin to be available across multiple blockchain ecosystems, widening the access to Sienna’s privacy preserving products built on Secret Network that is launching soon.

You can bridge the coin from Secret Network to the same on Binance Smart Chain and back on https://bridge.scrt.network 🌉

The foundation is a cross-chain, privacy-first decentralized finance protocol built on Secret Network, that enables trustless financial instruments, such as trading and lending with complete privacy for multiple blockchain ecosystems.

What blockchain is it built on?
It is built on Secret Network — the first blockchain with privacy-preserving smart contracts, or “secret contracts” that have encrypted inputs, outputs, and state.

More on Social Media and beyond 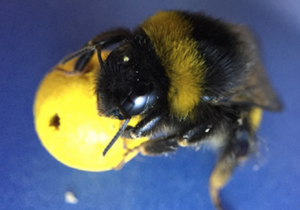 The honeybee can solve a type of maths test without any need for numbers – a discovery that could be used to develop smarter artificial intelligence – according to new research from the University of Sheffield.

In the study, by researchers in the University’s Department of Computer Science and their international collaborators, published in the journal Proceedings of the Royal Society B, honeybees were found to be using continuous, non-numerical cues to solve a maths problem.

The insight into how honeybees solve numerical problems could be used to design more sophisticated machines based on the brains of animals, which have evolved to find the simplest, most efficient way to carry out certain tasks.

The methods used in the study could also provide a new, alternative blueprint for testing numerical cognition in animals. Most previous studies attempt to control for at least one non-numerical cue, whereas the Sheffield study is the first to propose a new method that carefully assesses non-numerical continuous cues.

Determining how different brains, especially those with a miniature brain, solve numerical tasks also provides a valuable insight into the evolutionary roots of cognition.

The ability to use numbers is a powerful cognitive capacity of humans, but replicating their full sophistication via AI is not possible with current approaches. With animals often being very good at finding efficient and sometimes unexpected solutions to problems, it is worth finding out which of their shortcuts could be useful for developing autonomous machines

Through a task that is commonly used to test numerical cognition in bees and a variety of other animals, the Sheffield team discovered that honeybees can discriminate between placards displaying different numbers of elements without their brains having to process numerical data.

Once the bees learned this rule, they were able to quickly identify the placard with the highest or lowest number of shapes on them in order to find the sugary treat.

Since these visual cues are computationally simpler to process by a bee’s brain, it is a more efficient way for bees to use them in solving the task, instead of solving a complex cognitive task of numerosity.

To determine if the honeybee used non-numerical clues, they were then tested with two pairs of placards that all contained the same number of shapes but differed in edge length, convex hull and spatial frequency. None of the placards had a sugary treat and if the bees used numerosity they should have flown to each placard equally in search of a reward.

Dr HaDi MaBouDi, the lead author on the paper who is based at the University of Sheffield, said: “The results of our study show that animals are incredibly clever and can solve tasks in effective and unexpected ways. This will be very practical in the future of artificial intelligence for designing smart machines based on animals that have evolved for some particular tasks.”

To determine how efficient this non-numeric strategy was for the honeybee, the researchers also created a model based on known details of the honeybee brain. This bee brain model was able to solve several other similar numeric-based tasks without any need for number processing – similar to the real honeybees.

The research paper, Non-numerical strategies used by bees to solve numerical cognition tasks, is published in the journal Proceedings of the Royal Society B. To view the paper, visit: https://royalsocietypublishing.org/doi/10.1098/rspb.2020.2711