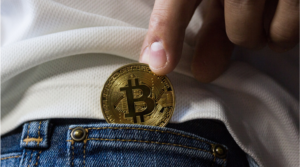 We hear quite a lot these days about the idea of using bitcoin in actual payments. Some suggest that opportunities to spend bitcoin are on the rise, and that it is indeed becoming a major form of currency around the world. Others counter that spending opportunities are still few and far between, and may not be particularly meaningful to the average consumer anytime soon.

The truth is that we’ve reached a point at which you can more or less make what you want of bitcoin payments. If you want to seek out and highlight opportunities for spending, you can; if you’d prefer not to buy into the idea of bitcoin as useful money, you’re certainly not alone. So, rather than picking one narrative or the other, we decided to look not at the future of bitcoin payments. Without any argument as to whether bitcoin will be a mainstream currency or not, the following are some of the ways in which bitcoin may evolve as money.

We have looked at ‘Where You Can Actually Use Bitcoin to Buy Stuff’ before, and in doing so highlighted some of the companies that have become known for embracing cryptocurrencies. These include Shopify, Subway, and Tesla, to name a few. We expect that in this space, bitcoin spending will more or less stay where it is now. A handful of major stores have been accepting it long enough for us to know that they’re not launching any major domino effect. McDonald’s isn’t accepting bitcoin just because Subway chose to, and so on. However, it’s also a good bet that some major stores will continue to dabble in cryptocurrency moving forward.

In the aforementioned article we made note of gift cards that can be purchased with bitcoin (at sites like Gyft). These will continue to be used, and give people an indirect way of using bitcoin to fund purchases. The rising trend of bitcoin debit cards will likely be even more significant though.

Earlier this year, payment giant Visa partnered with Coinbase to allow the latter to issue bitcoin debit cards. This combination of traditional payment methods with cryptocurrency has brought abut a way for people to pay with bitcoin just about wherever they’d like. This system appears to work, which means bitcoin debit cards aren’t going anywhere (and will likely become more popular as word gets out about them).

Gaming Will Make Heavy Use of Bitcoin

Gaming has always been an interesting industry to consider with regard to cryptocurrency. It’s essentially a vast, international enterprise in which people are using different payment methods, and value privacy and security.

This more or less sounds like the perfect environment for crypto adoption, which is why we expect to see more of it. Already there are some gaming sites and platforms that accept bitcoin directly. However, there are also systems that enable other gaming companies to get more flexible about finances.

Discussions on gaming payments on FIS Global cover this idea, highlighting modern processors that can handle a “vast network of alternative payment types” and “process any payments” customers want to make. These processors are basically opening gaming platforms up to their digital, international audiences more effectively — and that process should include more bitcoin activity.

Bitcoin Will Be Useful in (Some) Travel

Bitcoin spending was linked to travel fairly early on, largely as a result of a few travel booking companies (including Expedia) getting on board early. Some of those companies have since backed off, but we imagine bitcoin remaining relevant in travel in a different way.

Specifically, it could become the preferred (and easiest) currency option at certain destinations. A Medium article made note of countries that are adopting bitcoin more rapidly and heavily than others, including places like Singapore, Switzerland, and Argentina. It may well be that travellers around the world find that bitcoin is worth acquiring to spend at certain destinations like these.

Whether or not bitcoin truly becomes a major, useful currency is a debate no one can win just yet. But these are some logical ideas as to where bitcoin spending may go next.

What is a PDF? 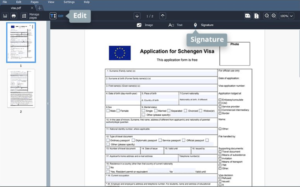 Before the question of how to rotate a PDF is explained, it is first necessary to understand what a PDF is.

The .PDF extension on a file indicates that it is a Portable Document File.

How To Geek is a popular website that teaches people how to get the most out of their software and the site explains that the PDF format was created by Adobe in the 1990s.

The purpose behind creating a PDF file is to allow it to be emailed and read in the same format it was created without the receiver needing to have the program it was created on.

In most cases PDF files are ‘read only’ files that are designed so that recipients cannot make changes to them.

Why would I need to know how to rotate a PDF?

In some instances images are inserted into PDF files, such as company logos or photographs of a product. If you are creating a user manual for a specific product you will want the images to appear right side up when a user opens the document to read it.

It is also useful to know how to rotate a PDF if you are using images captured with a mobile phone, as sometimes they show up in the wrong orientation when you insert them.

What tools do I need?

Users will need a powerful PDF editing software that will allow them to manipulate PDF files and place text and images exactly where they are needed with a few simple keystrokes and mouse clicks.

Using this software gives all the tools and information needed to rotate a PDF file. TechGeekersrecommends Movavi to users who want a simple and innovative method for working with PDF files.

Here’s how it works!

First, you need to download the software and install it on your machine. Once that is done, open the document you wish to edit, and get ready to learn how to rotate a PDF file.

Once you have the document open, scroll to the page you wish to rotate. Now, simply right click on the page and a sub menu will pop up. In that menu you can select Rotate Left or Rotate Right, and the page will be turned 90 degrees in the direction you selected.

You can also select Rotate 180° to turn the page completely upside down. This is the simplest method to answer the question of how to rotate a PDF file.

The second method is completed by using the keyboard shortcuts that are built the program. This method is effective for rotating multiple pages at the same time.

If the pages are in consecutive order, you can hit the Shift key on a PC and the CMD key on a Mac and then clicking the first and last pages in the list you want to rotate.

If they aren’t consecutive pages, then you can press and hold the CTRL key and then click the individual pages you want to rotate.

Once you have the pages highlighted, a right click with the mouse will bring up the same menu as before and you can select which direction you want the pages to be rotated. If you want to know how to rotate a PDF, then this is the method you want to use.

There is another built-in option that allow pages to permanently rotate within a PDF. to access this option, select the Manage Pages mode within the software.

Use the methods listed above to rotate the pages to be ediedt, then click Save in the file menu. There you have it – simple instructions for how to rotate a PDF file.