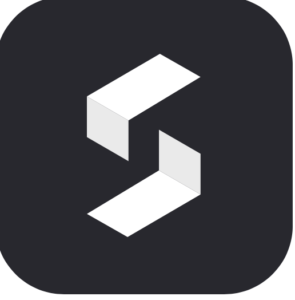 Privacy Decentralised Finance (DeFi) company Sienna Network has raised $11.2 million after a private and public sale of its tokens from institutional investors and the expanding Sienna community.

In the private token sale that was 200% oversubscribed and priced at $5 per token, Sienna Network raised $10 million from long-term investors that include NGC, Inclusion Capital, Lotus Capital, FBG, Skyvision Capital and more.

This was followed by a dual public sale at $6 per token that raised $1.2 million on the DaoMaker and Polkastarter exchanges after the company was swamped by huge interest and demand for the Sienna Governance Token.

Sienna is solving the industry-wide problem of front-running where bad actors hijack future trades on public DeFi blockchains, leading to a demand for DeFi privacy.

Execution priority on platforms such as Ethereum are driven by transaction fees. A transaction can be preempted by simply introducing a transaction and paying a higher transaction fee and is illegal in regulated financial systems. Hence front-running.

“It has been an extraordinary month and we have hit a super-sweet spot between institutional investment and our community.

“At times it has felt like starring in The Social Network in the early days of Facebook with pings coming in from everywhere. The future looks so bright, we will have to wear shades,” said Monty Munford, Chief Evangelist and Core Contributor to Sienna Network.

Built on the Secret Network, which is the first blockchain with privacy-preserving smart contracts, and was recently profiled in a seminal TechCrunch piece article on Privacy DeFi, Sienna is a privacy-first and cross-chain decentralized finance platform where the Sienna community can privately swap, lend and convert its tokens into their private equivalent.

Sienna was named after the Italian city Siena (Sienna in English), which played a historical role in banking and cryptography as early as 1135 AD when Sienna was an important trading post.

Loans against collateral and interest were offered to Sienna citizens while simultaneously, the world’s original bankers, the Knights Templar, initiated a huge network of money transfer locations so people could deposit money in the Veneto region and travel to places such as Sienna of Venice without the risk of being robbed.

Upon arrival at either destination, merchants could withdraw their money from a Templar location by handing in an encrypted document. The Templars had also invented a unique kind of encryption that would allow people to travel with a document that could only be decrypted by the Templars.