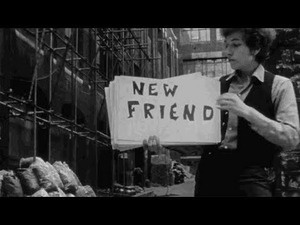 The dust has settled, the iPad candles have tapered out and a-man-who-employed-more-creative-people-to-put-his-ideas-into-action has gone away; away to a most uncertain fate.

Yes, Steve Jobs is dead. He once called death a great invention. Hopefully he is still of that view, but none of us know. I searched in vain for an ironic tribute in UK magazine Private Eye, but even that esteemed organ seemed to think that was beyond them. His death seemed too holy to satirise.

Steve Jobs thinks that death is not the end becaues it’s a great invention. He’s not alone. Bob Dylan once wrote a song called Death Is Not The End and they’re both probably right. The only difference is that Steve Jobs couldn’t light an iPad candle to Bob Dylan.

If, and it’s a big IF, Dylan died I would go mad. I would leave my wife and son for at least a week, sing every song in every place, eat my eyelashes, brawl like a banshee, drink England dry and bemoan the death of the greatest living American.

Dylan did things that Jobs could only make products out of. Dylan changed the course of man and woman, he wrote love and hate songs that were beyond rage; beyond poetry and finally beyond him. He went mad (allegedly) on smack and speed, then crashed his motorbike before re-emerging as the Zelig of the ages, forever changed, forever changing, forever young.

Compare that with Jobs who was at Apple, was the core of Apple (ho-ho), then left Apple, made Toy Story and more with Pixar, went back to Apple, ruined record shops and made music accessible, but soulless with a walled garden that is now finally being torn down.

I hated the iPod. I was given one when as a leaving present when I left a company, I had no respect for it. I accidentally dripped ink on it and finally gave it away to somebody who asked. I still don’t own one. I think iTunes is akin to SatNav; the devil’s work; don’t even talk to me about the iPhone/iPad.

But I own Bob Dylan records, I owned Dylan bootleg cassettes before the record label finally and lucratively released them years later. Even the lack of Dylan content on YouTube doesn’t annoy me; it’s Dylan.

Naturally I know more about Dylan than Steve Jobs, but I note that Jobs admitted that he wasn’t the best father to his kids. Dylan did a lot for his kids. He did even more for the kids of black men and women during those benighted days of American apartheid. He sang for black people, he didn’t nick black music, he cited it. He was a father of the blues, 50 years on.

He even wrote love songs about the pain of the man/boy involved. Nobody had ever done that before, he wrote of the weakness and consequent beauty of the spurned or cuckolded man. He wrote of the power of women when previously love songs were only one-way. He changed love and relationships.

Jobs made money, made space-age products, changed our perception of cheap consumerist design, he was a decent enough businessman, but he wasn’t a man to worship. He didn’t change music, culture, love and then turn everything on its head and embrace Christianity, Judaism and Elizabeth Taylor. Dylan was a revolutionary and he was political. Jobs ignored politics, ignored revolution, even ignored his peers.

But I do know that Dylan’s death will last longer than a tribute outside an electronic store or an iconic picture. It will be the end of the greatest poet we can testify that ever lived, not the end of a geek dressed up as a messiah, who even now is being quietly buried as Apple release worse-than-expected figures.

Dylan will be studied in 500 years time, Jobs will live on, probably as the voice of personal assistant Siri on new models of the iPhone and that is the difference between them.