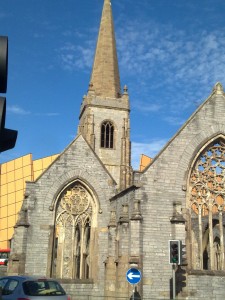 Plymouth is a horrible little city, its streets are wide and the wind blows deep across the soul for anybody unlucky enough to be spending time there. The nearby Devonport Dockyard not only services nuclear submarines, it also serves up squaddies who do their usual weekend punch-up thing.

It also has the ugliest shopping centre in Europe and a street plan that looks as if it was designed by Iago pretending to be Mondrian. It’s a city that just aches to beat people up and is a somewhat different place to when the Founding Fathers sailed off to America.

But some eminent people seem to like it including an American President called J F Kennedy and an ex-England football international called Peter Reid.

Now, Reid is a character, he went on strike years before it was fashionable, had a decent career before becoming a manager. He was recently valued at £128,000 in the inaugural Bengal Premier League and now manages Kolkata Camelians… he also likes a drink.

But like most ‘larger-than-life’ characters he is also fond of big gestures. While managing struggling Plymouth Argyle he sold off his FA Cup medal to pay for the heating bill until he was summarily sacked. Hopefully at his new position in Kolkata he will not be forced to make another big gesture.

Rather more surprisingly, J F Kennedy also showed considerable largesse towards Plymouth after he published his book Why England Slept in 1940. He donated all the English earnings to the city of Plymouth because it had recently been bombed by the Luftwaffe and his father had been stationed near there.

Now, that’s all very well and please take a bow Jack and Peter, but the Luftwaffe had it right all along. When I was forced to visit the city last year en route to a family holiday and spent the night there and had a lovely conversation with one of those squaddies, the thought of Plymouth receiving a good strafing appealed to me.

Come friendly bombs and fall on Slough was the call of John Betjeman in 1937, weirdly foreseeing those World War II Luftwaffe bombs. So, if I’m not tempting the Gods, come bombs of any description from anywhere on earth, please fall on Plymouth… even J F Kennedy and Peter Reid can’t help you now.