UK investment for FinTech firms increased by 35% to $901million across 72 deals in 2015, according to Innovate Finance, the not-for-profit membership association for global FinTech. 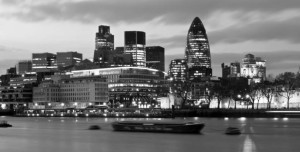 In the UK, the FinTech industry is booming.

In 2015 global VC investment in the UK kept pace with 2014, with lower deal volume indicating a trend of larger deal sizes globally. There were 860 deals globally, attracting $12.5 billion in investment.

The UK attracted the highest volume of deals outside the US and third in terms of total investment behind US and China. Of the Top 20 global deals, two were from the UK – Atom Bank, which secured $125 million and Funding Circle, which raised $150 million.

The highest proportion of deals was in the $1-$5 million category globally. Funding Circle, Atom Bank, Ebury Partners, Transferwise and World Remit round up the Top 5 FinTech deals – all more than $50 million.

More than 60% of the UK VC investment in FinTech was in the peer-to-peer, alternative finance and payment and remittance segments, with challenger banks pushing investment volume to over 74%. The balance of investment was spread across Wealth Management (Robo-Advice), Capital Markets, Data Analytics, crowdfunding, and a number of emerging categories.

““One of the big trends in 2015 was investment in FinTech by financial institutions in incubators, accelerators, labs, talent, partnerships, digital M&A, and corporate venture funds. A couple of years ago, entrepreneurs in the community were looking for introductions to VCs. Last year, they were interested in introductions to institutions”, said Lawrence Wintermeyer, CEO of Innovate Finance.

London’s history and tradition as the home of global banking is doubtlessly responsible for this influx of capital, but with other global cities innovating in peer-2-peer, this investment will need to continue if London is to stay ahead of that oft-mentioned curve.