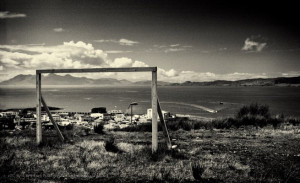 Football is on the brink of financial collapse. It’s an issue that relevant governing bodies have scrambled to address in varying ways, but the problems are rooted far deeper than fickle billionaires and greedy footballers.

The digital revolution has been stampeding through almost every entertainment industry – which few will deny is what football ultimately is – as the footsteps of technological advances leave no cultural opiate untrodden.

It began with the transformation of music retail, as pioneered by the infamous Napster site, among others, in the late 1990s. As internet speeds grew, so did illegitimate personal music libraries.

Suddenly, CDs seemed clunky, expensive and archaic. Consumers for the first time ever could choose what to pay for, what to try out and what to flagrantly steal. Record labels panicked and managed to get the site shut down, but the internet showed us that the old-school industries will always be one step behind.

Apple observed this and saw an opportunity to make a few bucks, and the rest is iHistory. Parallels can be seen on YouTube, with stuffy labels originally battling Google and uploaders to keep the video streaming behemoth copyright-free. If you’d like to know how that turned out, I know a Korean chap who’ll have an answer for you. He lives in this district of Seoul if you’re looking to get hold of him.

TV and film are following suit. After years of fighting it out with just about anyone who would listen, the likes of 4OD, LoveFilm and the gang are emerging as silently excellent and financially stable victors. Like record labels, the ancient motion picture institutions missed a trick and aggressively challenged sweeping changes in technology and viewer behaviour, instead of riding the wave of change.

It’s now just as easy, if not easier, to just front the £10 and get a monthly Spotify and Netflix account, than it is to trawl The Pirate Bay for your entertainment fix.

I’m sensing a trend here. Football could be the next victim. Commercial Sky Sports licences are five figure sums, even for small pubs. Both towns I’ve spent the past ten years in have seen dramatic decreases in the number of football-friendly pubs, no doubt due to skyrocketing Sky fees.

This has mirrored the insane hike in prices for live football tickets and somehow, player transfer fees. It’s also been echoed by the high-profile financial demise of a number of clubs.

Things are no better at home. If I want to watch the 5-10 games that my club play on Sky Sports each season I have to pay £150 on a TV licence, £250 on a regular Sky Subscription plus hundreds more on the Sports upgrade. Surely it’s a matter of time before this inaccessibly awful system collapses?

Major League Baseball in the US has clocked the wider cultural shift and adapted accordingly. You can subscribe to just your team’s games for under £100 a year, accessible from pretty much any device. They also show one random game for free each day, for the more casual viewers.

I’d say I’m a fairly typical British citizen. I’m a twenty-something bloke with some disposable income and an interest in football. I go to a small handful of live games a year, but have little interest in TV in general.

To get my weekend football fix, I point my browser at the litany of streaming sites available, and suffer the pixelated blow rather than fork out the exorbitant alternatives. It looks stupid on a 104” projector, let me assure you.

If there was any sort of reasonable alternative, either through the Premier League clubs directly or through a third party, I’d snap it up. I don’t want to be a pirate, but I feel my hands are tied. Yep; it’s entitled, but I’m one of millions across the country in a similar position – potentially millions of pounds that clubs are missing out on.

I gave up the piracy as soon as convenient and affordable options were made available for music and film, and I’m willing to do so for football too. The clubs and businesses cannot compare this widespread piracy to any other era, as these days, almost no-one has any qualms about illegal streams. It’s a totally different ball game (sorry).

Something’s got to give. One day, and sooner rather than later, technology, consumer behaviour and politics will align, and football will be forced to follow the other entertainment industries. Someone’s going to make a lot of money, and it may be just enough to give the sport the kick it needs to sort its tattered wallet out while we’re at it.