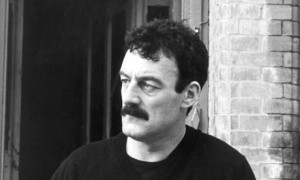 US startup Hired launches its service in New York tomorrow where tech talent such as developers, engineers and data scientists can find jobs at tech companies by ‘auctioning’ themselves.

Tech companies bid on these people and have to be upfront about salary, equity options and signing bonus. Hired comes to NYC after launching in Silicon Valley; according to the company, there are more than 5,000 unfulfilled tech jobs in NYC.

Named one of the 10 Hottest Startups of 2013 by Forbes, Hired’s goal is to create a steady, growing pipeline of great engineers, designers, product managers and data scientists; one that can support workforce needs for the next decade and beyond.

“With the expansion of Hired into NYC, we’re hoping to empower companies to find and recruit the tech talent they need locally so they can continue to thrive,” said Matt Mickiewicz, CEO at Hired.

According to a new report by HRA, Citi, Google, and The New York Tech Meetup, New York’s growing technology industry generates more than half a million jobs, $50 billion in annual compensation, $125 billion in annual output and $5.6 billion in tax revenues,