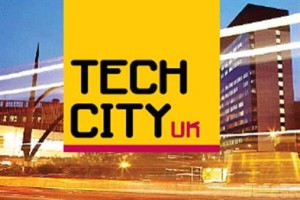 On the day of the launch of the annual Shoreditch Digital festival, a new report says that a shortage of skilled workers and a lack of funding is holding back the growth of London’s Tech City.

The ‘Tech City Futures’ Report was produced by reseearch company GfK and surveyed London’s businesses based out of Tech City. More than three quarters (77%) say a lack of skilled workers is restricting their growth
A third (33%) believe a lack of access to capital is hindering their business, and a similar number (29%) say as a consequence their company is missing significant business opportunities to expand.

There are mixed feelings about the effectiveness of Government support. While some initiatives have gained widespread support, others have been criticised for an emphasis on what some perceive as PR as opposed to helping develop Tech City’s infrastructure.

“This report highlights the ecosystem of entrepreneurship and how vitally important it is to have all the elements in place. 8.3% of Britain’s GDP comes from tech, and that is expected to rise to 12% by 2016. Our research shows Tech City is at a tipping point, and hopefully this report will help it find its way in spearheading that economic growth,” said Ryan Garner, Research Director for GfK.

The majority of Tech City businesses have vacancies they can’t fill. The top five skills most in demand are: coders & developers, marketing and PR, business development, web design and user experience specialists.

However, it’s not just recruitment but staff retention that is also a challenge. Tech City firms have recruited six people on average over the past year, but further growth is hindered because much of that activity has been to replace talent previously lost, rather than to create new jobs to support business expansion. 42% of Tech City businesses find it somewhat, or very difficult, to retain their best talent.

Tech City firms use on average 3.4 sources of finance with angel investors, venture capital and borrowing against personal assets being the most popular. The research shows that of the 43% of firms that have raised further capital, almost a quarter (23%) had problems, from the length of time it took, to investors/banks unwilling to take a risk.