The new PaMu TWS earbuds are so cool for listening that your ears may never be the same again. 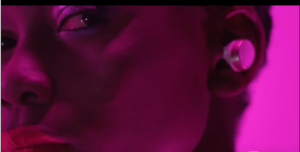 Earphones or buds or whatever you’d like to call them are omnipotent and we are literally up to our ears in them.

Some think that we are likely to lose the power of talking to humans because of our bud-like obsession, but when as the products improve so quickly, it’s impossible to stop.

This site has reviewed PaMu products before and they’re received the thumbs-up, not least because we like a crowdfunded product that over-raises and delivers on its product and promises.

Their lates effort, the PaMu Scroll BT 5.0 Earphones have not only over-raised, they’ve smashed it. At time of writing, the raise was more than $260K on an initial ask of $20K, a sum they received in less than 24 hours.

So, what of the product itself? It’s pretty awesome and not difficult to see where the product name ‘Scroll’ came from. The buds roll out as if from a digital Dead Sea scroll, immediately looking as cool as can be.

As we know, looks aren’t everything and any old dead goat (mutton) can be dressed as any young sheep (lamb), but the PaMu Scroll BT 5.0 Earphones are one of the best Bluetooth-associated objects I’ve touched.

Sounds quality was excellent, a huge improvement on the PaMu TWS that was previously reviewed here and the wireless charging is easy and fast.

The shape is probably the most design-beautiful, it’s easy to fold up and put in any pocket of clothings without being uncomfortable and its portability in any handbag or rucksack an utter cinch.

There is still.a month to go before the crowdfunding is over and while we very rarely enthuse about a product during this process, this time we’re making an exception.

One final word or two…

… the PaMu Scroll BT 5.0 Earphones are going to retail at $39, a ridiculously low price, get on the waiting list now.

Fortunately, I have a pair on the table in front, of me, there’s no way PaMu are getting them back… really.