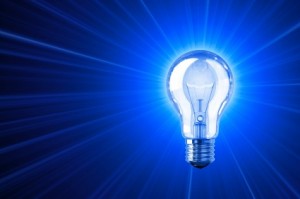 There’s nothing like setting up a company for making you feel good. Instead of describing yourself as a consultant or between jobs or even freelancing, knowing that you are a founder and CEO does wonders for self-esteem and those awkward dinner parties.

Moreover, as the Bard once said, necessity is the mother of invention and running your own business does mean that you have to take everything seriously and take every opportunity to bring in business.

This may involve calling in a favour, emailing that long-lost and well-connected uncle-in-law or contacting everybody in your address book. It also means attending industry events without somebody else’s expense account, buying train tickets with discounted cards and generally thinking for yourself.

You have to act without shame. Any money that can be saved is a triumph every time and every deal, however small, backs up the maxim that out of little acorns do very large oak trees grow.

But that’s not all. Running a successful business can be as mundane as stopping the car to put in petrol. The glory stuff of finding a decision-maker, fine-tuning your price-point and finally landing the deal is great, but what of the operational side? Thereby hangs the dirty secret of running a business, the utter boredom of doing your books.

Last week I explained how difficult it was to break out of my forcefield when finally setting up my company. I even had experience of my peers who had done so years before me and were probably not most people’s ideas of entrepreneurs.

But I finally did it in July of this year and was pleasantly surprised that the bureaucracy I expected was almost non-existent. I could be a one-man band and it took only a morning to become a limited company.

And here’s where I have a nice surprise for any reader thinking of doing the same thing. Instead of holding off on handing over the £4.50 to incorporate a company at GoLimited as I did, go to the same website and use this code ONEQUID and it will only cost you… £1. Never say that this guide doesn’t give you value for money.

So you’ve handed over a pound and you can show off to your friends and family that you’re a CEO, what next? Of course, you need an accountant and there are many options out there for the new CEO. If you have a family accountant there’s no harm in keeping it in the family but there are some excellent online options that may make the jump easier… and more efficient.

I decided to use the Crunch service for less than £70 per month but as I said last week it’s one thing to initiate a business, it’s quite another to start issuing invoices and inputting expenses through a third party service.

Four months on I’m up and running and I update my figures and expenses as often as I go to social networking sites. It’s now as embedded in my brain as much as checking my online bank account used to be.

What’s more, now that I have broken the back of feeding all revenues and expenses through this service, it becomes easier every day. My advice is to get on with it as quickly as possible and save the complication that my dithering caused. Seize the day and all that jazz.

So, what can you claim for? What’s a necessary business expense and how do you pay your National Insurance and your first (large) tax bill? Do you have to set up a new bank account, can your accountant do it for you?

Those questions, my budding little entrepreneurs, will have to wait for the third instalment in this six-part guide to setting up your own business.