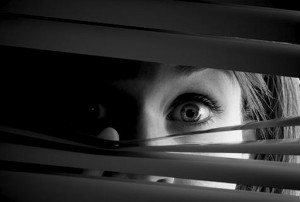 Either I’m getting old or SMS isn’t what it was. This year at midnight on New Year’s Eve I received one text message wishing me luck for 2013 and the person who sent it wasn’t even drunk.

Rewind ten years, even five years and it was a very different story. Acres of text messages from wasted friends and contacts, one year I received more than 100 such missives… and probably replied to all of them.

This year I couldn’t be bothered to send one and that minded me that I hardly use text nowadays; that personal communication has moved over to Twitter and other less worthy social media channels.

However, our kindly authorities have no such process going on, indeed their use of SMS and ‘silent’ SMS shows no sign of peaking… last year the German law enforcement agencies sent out 440,000 of these messages… and that’s the figure they’re telling us, the real figure is undoubtedly higher.

Silent SMS is a technology that uses radiolocation technologies to send a SMS to a device that is acknowledged by the mobile but in such a way that the user isn’t aware of it. This is tracked by a LMU (Location Measurement Unit) at a BTS (Base Transceiver Station) and, lo, we are safe from criminals and terrorists.

The Germans are not alone in using this kind of technology. In the US, authorities make silent phone calls and in the UK we now have silent police stations as well as silent policemen.*

It’s only the latest TV series such as Homeland or movie franchises such as the Bourne films that let us know how easily it is to track us. If silent SMS is being used to track criminal activity it won’t be long before it is used on everybody. We are all DOOMED!

So perhaps I did receive text messages on New Year’s Eve after all. They were from the authorities checking whether I had stayed in or was partying like it was 1999… or was that the drone that followed me as I got the taxi home.

* I made that last bit up