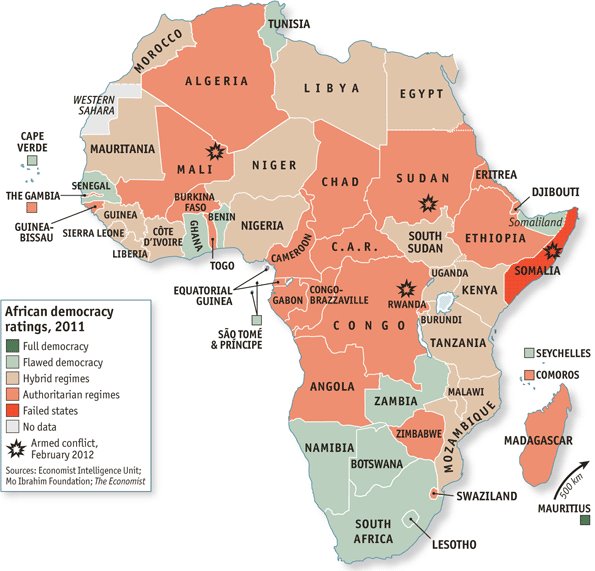 Somaliland is democratic, has a free press and is unrecognised by the rest of the world. It is time this ‘country’ was given support that would rid us of the turbulent Somali piracy problem… and much, much more.

This map of the continent from The Economist and its Intelligence Unit is one of the first times Somaliland has appeared on a map. About time too… fantastic people, fantastic place.