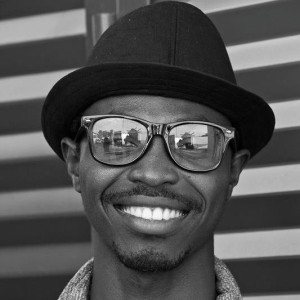 One of the smartest people I’ve met as I’ve built up my African network over the past two years is the charismatic and smart Robert Lamptey.

As CEO and founder of Ghana-based mobile messaging company Saya Mobile, Robert has been an inspiration for many Ghanaians, and Africans for that matter. He is a better coder than anybody who has attempted MIT’s coding challenges and he has built up an excellent company in the last three years.

So it is of great pleasure to announce (somewhat belatedly, been on holiday), Saya’s acquisition by New Jersey company Kirusa, which has acquired the technology, IP and workforce of Saya that will now be working on Kirusa’s mobile applications. Financial terms of the deal were not disclosed.

“In launching Saya, we wanted to create a world class product but that was made by Africans, for Africans. Joining forces with Kirusa is a natural and exciting next step for our team. We remain focused on our goal of placing this technology into the hands of and empowering millions of mobile subscribers,” said Lamptey.

The deal was aided by one of Saya’s original investors, the Meltwater Foundation; Lamptey himself is an alumnus of the Meltwater Entrepreneurial School of Technology (MEST), a program that provides training, investment and mentoring for aspiring technology entrepreneurs in Africa.

“It was a true pleasure working with Kirusa on the acquisition. Having known the company’s management for years and supported Saya since its launch, MEST couldn’t be more supportive of Saya becoming a part of such a company”, says Neal Hansch, said Managing Director of the MEST Incubator program in West Africa.

On a personal level, I’m looking forward to having a celebratory beer with Robert in Johannesburg next month (and trying to find how much he got for the company), when we will both be attending Mobile Web Africa, the best networking trade event across the whole continent.