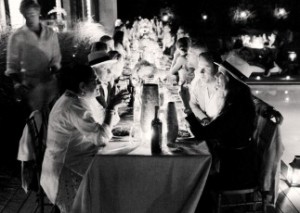 Crisis, what crisis? As the non-digital element of the UK population struggles with unemployment, shrinking incomes and a divide that is more discrete than the north/south house price divide, others ain’t doing too badly.

According to a poll conducted by Silicon Milkroundabout, some start-ups are tempting the best developers away from the City with benefits that include not only health and dental packages, equity and free travel, but also unlimited holidays.

At this weekend’s jobs fair, arranged by the aforesaid Silicon Milkroundabout (please change that name), there were more than 800 jobs on offer from 130 companies with average salaries for developers clocking in at an average of £34,000 and a top-end wage of £85,000.

Silicon Milkroundabout, the brainchild of Songkick co-founders Pete Smith and Ian Hogarth, claims that its job fair has not only helped people find hundreds of jobs, it has also saved start-ups more than £5 million in recruiters’ fees.

“Tech City will only continue to grow, as will the demand for talent. Start-ups still need to be inventive in what they can offer employees that the City and big tech companies can’t, and the ultimate benefit is the chance to play an integral part in a growing company,” said Pete Smith, Songkick co-founder.

This must seem like another world to a struggling family in Halifax where broadband brings to mind a pair of trousers rather than a career choice but for now a note to budding developers with all this choice in front of them.

Don’t take the remote control helicopter. I know it looks clever and you can show it to your friend(s), but go for unlimited holidays, trust me, you won’t regret it.