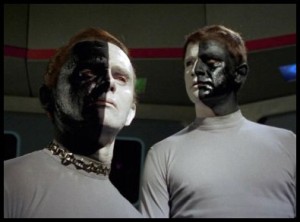 During my years in agency-land I’ve met and worked with a number of CTOs as an agency and as a client). Most have bored the shit out of me, they weren’t actually boring, they simply spoke Geek (Greek would’ve been easier).

But when I was at Wunderman London I met Gregory Roekens, CTO at AMV BBDO. He changed my view on what an inspiring, engaging asset a plain-speaking CTO can be to an agency and how if they speak in ‘our’ language it makes life waaaaay less boring.

So, what makes one CTO easier to understand? I had a rare flash of genius and ended up asking Gregory himself.

There’s a slight distinction between an agency and client CTO. Roekens believes agency CTOs have the luxury of possessing a more holistic view of the consumer. It’s easier for the agency CTO to understand the human side (agencies are customer centric) and don’t have to focus as much on platform availability, governance and IT infrastructure like their client counterparts.

Roekens believes agency CTOs think more like CMOs and that client CTOs should start to do the same. He says the roles will eventually converge into one and become CMTOs. With organisations such as Gartner making bold statements that ‘by 2017 the CMO will spend more on IT than the CIO’, it seems a logical assumption.

Roekens loved pulling things apart as a kid, hungry to understand how they functioned and when his father bought a computer he was hooked, learning to code from an on-going ‘coding article’ in the weekly local Belgian newspaper.

It’s no surprise then that he went on to study electronics for seven years and graduate with a first as an electronics engineer and consequently studying marketing to ensure he understood how technology could be applied to marketing.

That passion’s never left him. Visit his AMV BBDO ‘tech-garage’ and you’ll see what I mean. But how does someone that started out so very techy learn how to speak ‘non-geek’?

Roekens says ‘there’s no special sauce’, but he does believe there are factors that ensure he speaks plainly. Firstly, he calls himself a ‘selfish altruist’. It makes him feel good to help others, educating and sharing his knowledge. He thinks the future of humanity will rely heavily upon the community helping each other to learn, like the tech communities you can find within Tech City and Silicon Valley today.

And having arrived in the UK from Belgium 15 years ago, not speaking a jot of English, he realised he had to quickly learn how to communicate in a way that allowed non-geeks to grasp a tech concept quickly or his altruistic dreams would never become reality. A world where people could easily understand how technology worked… in laymen’s terms.

Secondly, he’s a humanist believing that tech is simply a means to an end. He reasons that CTOs must have an anthropological approach. From the invention of the wheel (caveman technology) through to the smartphone, technology has had one sole purpose, to augment the human experience.

Therefore, it’s crucial a CTO understands humans, their beliefs and their behaviours. So anyone developing or selling technology must explain things in a ‘plain English’ way, enabling early stakeholder buy-in, no matter the area of business that stakeholder represents.

So, it appears that for a CTO to learn to speak in a ‘non-geek’ way they must learn to understand their own humanity, showing those around them much empathy. Most of us aren’t stupid, we just don’t speak tech that well. So the challenge to all CTOs and technologists is get your head out of your computer and engage with those around you in a way that doesn’t make us feel intimidated by what we currently don’t understand.

This new world isn’t a one-way street. It’s not just up to the CTO or technologist to make the effort. We need to meet them half-way. Roekens likens it to the alphabet. It’s not something we naturally possess, we learn it to get on in the world and technology is the new alphabet.

The political system needs to ensure that current and future generations are educating tech-savvy civilians in this new ‘tech alphabet’. And with organisations such as Code Club and Ben Southworth’s Ada Lovelace Academy we’re starting to see those changes beginning to happen.

One day we may all be able to speak Geek. How cool would that be? I know I for one would be thrilled to bits.