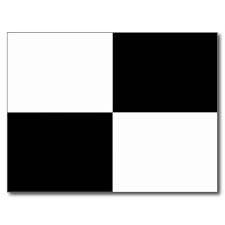 The rectangle is my least favourite shape.

I am going to put my neck on the line. It might be the start of a revolution; then again, I might just be ridiculed for my crazy thinking and thrown in the Clive Sinclair school of C5 human wrongdoings.

Maybe it is my age that influences my absolute frustration and boredom with the rectangular device paradigm, which the human race has seemingly embraced for the long term.

In 1992 I embarked on my BA Hons Degree in Industrial and Interaction Design, which was at the time when CD Roms ruled the interaction world, and the Internet was a newborn concept. It was a time when the Photoshop application was only 4MB in size, and used to fit onto three 1.4MB floppy disks. It is now one hundred times bigger at a whopping 400MB!

Back then we predicted a world where humans would carry around a single device, which we would use as our phone, our storage, media player and payment system. At the time humans felt compelled to make things smaller (micro) with the addition of more and more pointless features. This vision set every student on course towards a predicted future. The world became obsessed with technology and forgot about the human.

I have made my feelings known about the straight-sided device led world in which we live. The age of the written language (30,000 years ago) gave way to the mass production of words with the printing press. This ultimately led to the creation of printed books, then newspapers, magazines, moving image, the television, home computers, and more recently the mobile phone, smartphone, and tablet devices. Rectangle, rectangle and guess what…rectangle!

I am fascinated by our inability as intellectual humans to move beyond this very unnatural form factor. Of course the rectangle has some amazing benefits, for instance it is easy to transport, it fits neatly into a rectangular satchel, or on a perfectly flat surface. My Industrial Design background also means I know enough about manufacturing challenges and limitations to see that the rectangle is a much easier and less expensive form to mass produce.

This piece will focus on how we can drive innovation, by throwing away the concept of the rectangle, by moving to a place, which is more ubiquitous and sympathetic to our physiological makeup as human beings. Even if I manage to convince a small minority with my ramblings, it will be worth it.

Current technology assumes that we are all clones, with a technology-driven psychology. Skype, Citrix, Google Hangout, Facetime, and WebEx, are all different flavours of the same rectangular video experience if we want to communicate without travelling.

This is fundamentally the wrong approach to a successful interaction and will only ever take international communication so far. I see a human-centered revolution over the next ten years, driven by the need to build meaningful multicultural global relationships. In addition the crisis of global climate reduction and the need to lower CO2 gases will drive new economies worth billions of dollars, and ultimately change the way we travel for business beyond 2014.

The question is; who will own this space? It is more than conceivable that the saviour will come from a leftfield disruptive business with a very different model. Not a business model driven by the need to connect global business people, but a more emotive need to create lasting human relationships.

One such disrupter could be a global private members club such as the Soho House Group. I have been a member for almost three years now, and mainly use the clubs and bars to meet new clients and influential people.

Of course Soho House is not an environment that fits the need of every business interaction, but I would suggest that it represents enough of the market to warrant a business opportunity. I have been to Soho House in Berlin, New York and London in the last three months, and I am comfortable working in the familiar surroundings and tastefully recreated in each city.

Walking into a Soho House immediately triggers and emotional state, which makes me, feel at ease, relaxed and at home. This is a great informal business environment for lunch or dinner with a client.

The Soho House Group could become pioneers of international communication, human relationships and could even help save the planet. Spending research and development budget to create an area in their restaurant where a dining table, a ubiquitous environment and a seamless technology window to the same environment in New York and London, could save my company a lot of time and money.

If Soho House put deeper service design thought into logistics, the food and drink could even be delivered at exactly the same time on each side of the pond.

OK, New Yorkers could be enjoying Eggs Benedict for breakfast, while the London entrepreneur tucks into a beetroot salad or Mac and Cheese for his lunch, but experimenting with service design rather than further enhancing technology would really innovate the space.

In the words of Henry T Ford: ‘If I asked people what they wanted before he designed the Model T, they would have asked for more horses’. Henry has a very valid point, and I think it is time we stopped asking for more rectangles.

The discipline of Service and Product Design puts humans at the centre of innovative thinking, and throws away preconceptions, which often block thinking and change.

At Great Fridays we challenge these preconceptions and paradigms, by focusing on human experience, psychology, aspiration, inspiration and emotion. The rectangle has pushed humankind into the 21st century; however, we must now explore beyond its vice-like technology grip, and remember the basic human principles our species is built upon.

Matt has dedicated 20 years to design, focusing his passion and drive on understanding and promoting its fundamental importance to business. He is the founder of Transformational Design company Great Fridays. Among his client list are global brands such as Gucci Group, NBC Universal, Thomson Reuters, Capita, Experian, Sage, Vodafone, Pearson, Imagination Technologies, PayPal and Adobe.