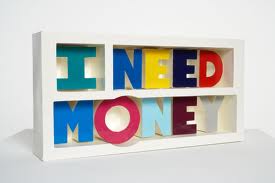 For those of you who are salaried and have worked for somebody else for most of your life then the content of this missive will probably be of little interest, but for the others, please read on.

But for all the bows and arrows and the insecurity and the unpaid holidays and the seemingly insane demands of clients, there is NOTHING more infuriating than waiting for an invoice to be paid. Such a palaver is a disgrace and should have nothing to do with business.

You know the score. You find a new client, you generally start working for them a week or so before the contract starts and at some time towards the end of the first month you send them an invoice that you *ask* to be paid within 28 days.

So, it’s at least two months before you get paid; that seems to be the way it is. But at the end of that 28-day period you check your account and there’s no money. You don’t want to come across as aggressive because you’re probably still working for that client so you don’t do anything for about a week.

At that time you send an email to your contact at the client and gently inquire when the invoice is likely to be paid. They generally ignore you for the rest of the week so you wait until Friday and then send another email with reference to the unpaid invoice and wishing them a good weekend.

They finally reply the next week, tell you they’ll *prod* the accounts department, tell you not to worry and that it’ll be paid next week and then ask you to do ANOTHER million things for them on top of the work you’re already waiting to be paid for.

The person in the accounts department is usually ‘out to lunch’, ‘not in this morning’ or ‘on holiday’. You leave your number, say it’s urgent, ask them to ring you back…they never do.

At some stage you finally find out your invoice ‘went missing’, ‘slipped through the net’, ‘we had a number wrong, sorry’ and it will be ‘paid soon’… you hold your breath.

At this stage you start to think you might never be paid, especially if that company is based in another country and you curse your stupidity in taking that client. You don’t know when you should stop working for that client because they now owe you two months’ money.

Then that client says that they’ve hired somebody to do the job you’ve been doing, thank you very much and ‘hope to work with you in the future’.

Now you’re ready to f*cking kill somebody, your brain is full of getting the boys around, destroying their business, remembering this for the rest of your life, but then, then, then, you remember… you remember that in this debilitating process, you remember you still have power, much power, because of your social channels.

You have an engaged audience on Twitter, LinkedIn, Google+ and (even) Facebook. You have a wide-open channel where you can warn off your audience from ever working with this company, you can destroy this company’s reputation as an honourable company. All it will cost you is the invoice that hasn’t been paid.

Then you check your account and the invoice HAS been paid and all your threats dissipate and you realise you’re a complete child and an idiot and you should be more trusting and less volatile. But then you have an idea.

And that is the ‘solution’, my non-salaried friends. Rewrite your invoices with links to Twitter, LinkedIn, Google+ and (even) Facebook. At some time or other they’ll be clicked on and they’ll realise you are a connected, influential person and, as companies are terrified of being busted on social media, it will be noted.

Then bring forward your terms from 28 days to 14 days and you will paid early and you need never, ever worry about an invoice ever lapsing again; easy. I hope this email has changed your life and you continue to be a wonderful, creative entrepreneur.