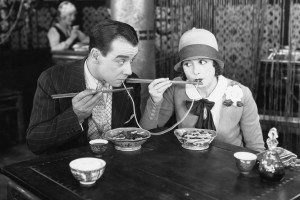 A new report says operator revenues from mobile data roaming will be $42 billion by 2018, representing 47% of global mobile roaming revenue and up from an estimated 36% in 2013.

According to a white paper from Juniper Research, these revenues will be driven by increasing data usage, as operator migration and marketing towards 4G will offer faster broadband networks and reductions in roaming charges will spur heavier usage.

The new Mobile Roaming: Regulations, Opportunities & In-flight Strategies 2014-2018 report found aside from 4G deployment, successful business models towards customers and between operators must evolve. Roaming agreements for 4G LTE are in their initial stages and operators are looking to partner with Tier One operators to develop the right wholesale model.

Moreover, the report found that if the proposal to end roaming charges in the EU receives European Parliament approval, then this would significantly impact on roaming revenue levels. Under this scenario, the report forecasts that European voice, SMS and data revenues would decline by just over 20% in 2016.

The free ‘The Rise of the Roaming Empire II’ whitepaper is available to download here. Incidentally, the image that accompanies this text has nothing to do with the content, but it’s a good picture all the same.