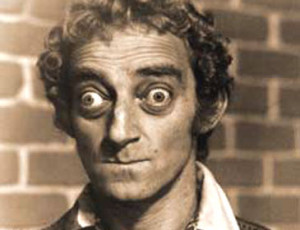 This week’s unseasonal weather meant that I had to ‘rescue’ my nine-year-old son and his mates from school this week.

Driving back and listening to their insane chatter about random subjects, one of them told me something I didn’t know and that was our eyes do not grow when we go into adulthood. Smart kid…

Now, I knew that ears and noses grow for the rest of our lives. This news was imparted to me in 1988 by a very funny man; a giggling motorcycle controller when I was a (big-nosed) despatch rider, but I didn’t know about the eyes.

This information was enhanced by a UK study this week that argued that Neanderthal Man was rendered extinct because their bulging eyes took up so much brain power that present-day humans were able to outsmart them (with their smaller eyes).

Because they were more visually focused, Neanderthals may have lacked the cognitive ability to adapt to changes such as the Ice Age and the rest is literally ancient history. Big eyes mean small brains.

So next time you see somebody with small eyes and tease them by saying that their eyes are like two pissholes in the snow, remember they are probably far, far more intelligent than you with your Marty Feldman saucer-orbs.

Bob Marley once sang ‘until the colour of a man’s skin is of no more significance than the colour of his eyes’, but as cool as Marley was and the truth of that statement, he didn’t say anything about the size of those eyes.

Blimey, something else to worry about. As my MATE says, at least it beats worrying about the size of his cock. He always said that small was beautiful, seems he was right all along.