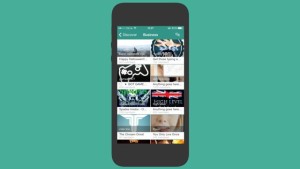 Rapidly growing chat-based games company Palringo said it has 2014 annual revenues of $14 million, up 100% from 2013 revenues of $7 million.

Based in London’s Shoreditch, Palringo has more than 35 million global customers, a figure that is rising one million per month as the business model of playing games within messaging platforms takes hold. Out of that $14 million revenue, 85% was from games, of which the profit margin was 50%.

Palringo offers a range of games along with more than 350,000 groups, some of which have up to 2,000 members. The business model is based around selling virtual products such as rich media sticker packs, Bots and functional utilities within the messaging platform.

The company’s move into games came in Q2 2013 when it acquired Swedish social and mobile games developer Free Lunch Games when internal data revealed that the most popular groups across Palringo’s communities were based around game titles such as Clash of Clans. It was also a neat strategy to differentiate itself from the better-known messaging platforms of SnapChat and WhatsApp.

“Gaming has always been a dominant theme within Palringo communities. Over the past couple of years, we have developed that trend by creating games that work within the community directly and more recently by building an innovative gaming capability that allows us to further develop our model of bringing together community and gaming on mobile,” said Tim Rea, Palringo CEO.

A typical example of a game inside Palringo would be the traditional game of Hangman. Customers buy the Hangman bot, and launch it in a chatroom of their choice. The company sells packs of ‘coins’, (for example, 300 for $3) and this currency is used to play the game with their chatroom friends.