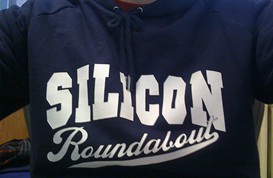 More than 105 start-ups and established brands such as Google, Twitter, Facebook, Songkick and Mind Candy are joining 105 start-ups in London’s Shoreditch to offer 800 jobs to the brightest of UK talent.

They will get together over the weekend of May 26/27th 2012 where 3,000 potential applicants will be introduced to a number of companies dedicated to the areas of Product Management, User Experience (UX) Design, Visual Design, and Intelligence/Analytics.

“Because all the start-ups are working together on this, we can present a career category to people – ‘working for a start-up’ ­ and having one voice means that when great people are figuring out their next career move, we are considered alongside established options such as working for an ad agency”, said co-founder Hogarth.

Michael Acton Smith, CEO of Mind Candy, creator of Moshi Monsters and poster boy of the London start-up scene is a big supporter of previous events. “It was a fun and very useful event, and we met some amazing and talented people. We’re delighted to see the event extended to product specialists, as well as engineers this time round”, he said.

The UK Government has also recognised the importance of Silicon Milkroundabout. “A recent report by the Boston Consulting Group showed the UK digital economy is worth ￡121 billion and is expected to grow at a rate of 10.9% a year through to 2016 – faster than most other countries in the G-20.

To find out more about the event, either as an applicant or start-up please go to siliconmilkroundabout.com.