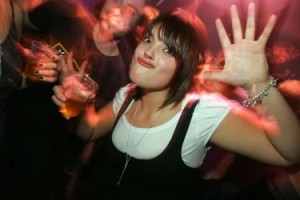 It is almost 30 years since something started coming out of Manchester. I remember the point it went mainstream about 1988 when I was up there with friends. ITV showed a fantastic video of the drugged-up Happy Mondays around 1.30am. Nothing scheduled, they just decided to broadcast it.

A personal Summer of Love followed. A despatch-rider all week in London, park the bike at Euston station and up to Manchester on the 6pm train. A few beers, picked up by mates, down the Red Lion in Wythenshawe, then Afflecks Palace for some shopping on Saturday morning, a City game at Maine Road, the Hacienda until God-Knows-What-Time the next morning, back at the Red Lion for lunch followed by football in the park, some jazz at the Newcastle Steam Brewery, then back to London on the midnight milk train, ready to call in for work at 7am. Happy, happy days, even happy Mondays if you get my drift.

Much has changed in these three decades. While London is now almost free of despatch-riders because of technology rendering most expensive deliveries obsolete, Manchester has struggled to keep up with London’s ascension as one of the major technology hubs in the world.

But that may finally be set to change with the launch of a new digital festival in the city, highlighted by the Innov8 Startup Award sponsored by Google and UKFast. The festival launches on May 7th and positions itself as ‘the coolest tech festival in Europe’ covering digital, tech, ecommerce, startups, mobile, video, advertising and gaming.

Moreover, in the spirit of the old Madchester days, the typical conference schedule will be broken up by live acoustic performances and DJ sets. Probably no sign of the Happy Mondays or other sundries, but you never know.

I’m going to speak there as well as Martin Bryant, Editor-in-Chief at The Next Web and many others and the Innov8 Startup Award should be an interesting competition to see how evolved the Manchester tech scene has become… the prize package includes £100k of Google cloud credit and an exclusive support package with ongoing mentoring from industry experts.

“The event is the perfect stage to showcase the launch of the Google Developers Startup programme. I’m sure it will be a great event and I hope the first instalment of an impressive future going forward”, said Rupert Whitehead, Developer Relations Programs Lead, UK, Ireland and Nordics at Google.

“We are still an unfunded startup, reaching this point through hard work and passion, without a penny in the bank. To gain the backing of the world’s biggest brand proves that if you have the right team in place and never stop following your dreams you can achieve anything. This is going to rock Manchester and change the face of the digital landscape in the city forever,” said Jonathon Cadden – Founder, Business Rocks and organiser of the festival.

In its heyday, Madchester made the front cover of Time magazine and for a few heady months was the coolest place on the planet. Perhaps those times will come again now that the city is hugging the digital revolution as strongly as ‘refreshed’ clubbers used to do to each other at The Hacienda.

Ah, memories… in the corner of my mind.