A new IoT pebbled-shaped security device is expected to take this year’s CES by storm. 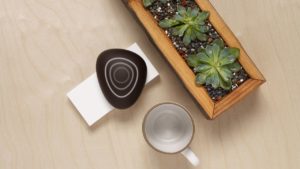 BullGuard, the consumer security company that recently acquired IoT security pioneer Dojo Labs, will unveil Dojo by BullGuard at CES 2017 next week as cybersecurity products are set to dominate the conference.

Dojo by BullGuard is the only integrated smart home IoT security solution that seamlessly protects the privacy and security of a consumer’s data, devices, home and family by monitoring the home network 24/7 against cyber threats.

Dojo discovers devices connected to the home network, secures them and continuously analyses their IoT network activity for any suspicious behaviour. The Dojo by BullGuard smart home security solution includes:

* Dojo (hardware): a sleekly designed ‘pebble’ that is easy to set up and free to move about the home while its dock is tucked away with the router. Rings of light on the Dojo pebble illuminate when activity is detected on the user’s network

* Dojo smartphone app: allows users to interact with the Dojo pebble via an intuitive messaging interface that prompts them to allow or block network activity and informs them of potential cyber threats

* Dojo Intelligence: a cybersecurity engine powered by AI and machine learning technology. As its cloud-based platform familiarises itself with a home’s smart devices, the smarter it becomes in detecting, defending and mitigating against cyber threats and privacy breaches

Smart home devices are notoriously insecure and it is easy to exploit the vulnerabilities of millions of them – from smart alarms, thermostats, baby monitors, lighting, locks and more.

According to Gartner, the number of connected devices is forecast to reach more than 21 billion by 2020. Research firm Statista also projects the household penetration of connected smart home devices is expected to hit 60.7% in 2021, up from 24.9% in 2016.

BullGuard will offer CES attendees a live demo of Dojo by BullGuard in a meeting room with the most popular smart home devices connected to one WiFi network simulating a smart home environment.

The demo will show how multiple connected devices are discovered, protected and managed by the Dojo application, and will also include a scenario where the infamous Mirai botnet is detected and mitigated by the Dojo intelligent system.

“The smart home market is growing at an exponential pace, and we’ve recently seen major privacy breaches caused by compromised devices. Our product makes it easy to safeguard your privacy and family by constantly monitoring and protecting all smart home devices,” said Yossi Atias, General Manager IoT Security of BullGuard.

Dojo by BullGuard will begin shipping in April 2017 and will retail for $199 USD, including 12-months of service and can be pre-ordered here. 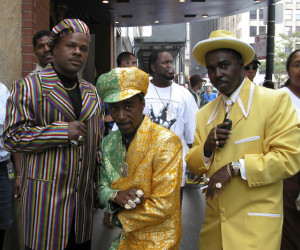 Who said pimping was dead? The pimp game has only reinvented itself in the digital world, disguised with selfie pictures as the new bait.

The line gets blurry between prostitutes, call girls, or girls just wanting attention (who later accept a proposition). Electronic Hoes, or ‘eHoes; as they are referred to, are using selfie pictures and can be found randomly on internet sites. END_OF_DOCUMENT_TOKEN_TO_BE_REPLACED