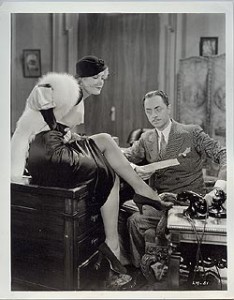 The UK launch of Rocket Lawyer in London’s Tech City is an effort to disrupt the expensive and customer-unfriendly legal industry, news that will interest entrepreneurs, startups an SMEs.

The company has introduced straightforward and affordable legal services across the UK plus free legal services for three days in a bid to simplify the law, cut out the jargon and reduce the costs of legal matters.

Its subscription service of £25 per month may make it an attractive alternative to the current model. For this £25 fee, customers gain access to unlimited legal documents, one free 30-minute consultation with an On Call lawyer per month and a pre-negotiated discount of up to 33% off all additional legal fees. END_OF_DOCUMENT_TOKEN_TO_BE_REPLACED 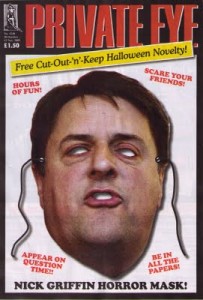 Earlier this week my fortnightly copy of Private Eye came through the post and I sighed, rather like a Labrador after it has just pilfered some pig belly crackling.

Like many others I was always minded of Private Eye‘s genius whenever I watched Have I Got News For You or saw the magazine at an airport or railway terminus. Now, thanks to my mother-in-law’s largesse I now receive 26 copies a year.

It is more British than James Bond and even though they turned me down when I offered to work as an intern, I love it more than just about anything else because it reminds me of when journalism was great.

In many ways it is how the Daily Mirror was before Maxwell took over and sidelined the likes of John Pilger and Paul Foot (the latter carried on writing for the Eye and is buried, somewhat bizarrely, opposite Karl Marx in Highgate Cemetery).

The Mirror broke stories such as the killing fields in what was then Cambodia, had a quizword that would challenged Rubik and even reported on sport without being *too* sensational. I used to read it in conjunction with The Guardian and thought I had most information bases covered. Ah, youth, youth, youth.

Nowadays the reason Private Eye is so wonderful because it mixes the truly dull with satire and (for God’s sake) it still uses more than one cartoonist. I’m not overly fond about the machinations of dodgy councillors in Rhyl or somewhere, but I know it’s as important as busting bigger Parliamentarian fish.

Hopefully, now that Newsweek has mutated into a digital-only magazine, Private Eye can take over the airport stationers’ plinths that the former used to occupy and long may it live, as long as sentient people still need news. SUBSCRIBE NOW!

But not it is not only Private Eye that is keeping up great journalism, I found out something interesting yesterday about the New York Times. Apparently they only engage journalists on one-time 18-month contracts, ensuring that its journalism is fresh and its writers do not become too complacent.

That sends out a message and editorial of hope that the world’s publishers still take this game seriously.

Perhaps the future will see many more Martha Gellhorns than Piers Morgans and reporting on how we behave takes its rightful place at the centre of our civilisation…. fingers-crossed.