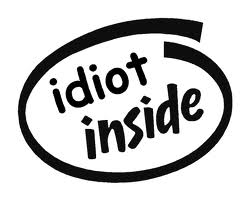 I’ve just tweeted a link about Twitter’s ‘impending’ IPO for 2014 when it is expected to be valued at $11 billion. This is a ridiculously low valuation and I will tell you why.

I’ve used Twitter for four years. I took to it like a duck to the desert, thought it was stupid and let my profile linger for six months before I started playing with it.

The rest is (my personal) history. It became my salon, leading marketing tool, ego, friend and just about defined my emerging digital being. It would be reasonably true to say that I fell in love with it, like falling in love with London. A *special* kind of love.

New friends, the 21st Century person that I wanted to be known for, not the lingering child of the 1970s who stopped evolving when Mama, we’re all crazee now by Slade was Number One for the fifth week.

But it’s taken a surprisingly long time for Twitter to become mainstream and I don’t mean it’s ubiquity in the print and online media where it’s almost replaced non-analytical journalism.

A lot of my (non-digital) friends still don’t use it, worse still they use Facebook, which is like using a dirty rag to wash your car, unlike the pure chamois of Twitter. Unforgiveable.

So, all these stories of Twitter not being able to monetise its so many million users have led some, noticeably this week in a London newspaper, to believe that social media may have peaked.

Nonsense. It may be bifurcating and trifurcating and might even be jolly well tetrafurcatiing into niche social media, but the masses still haven’t taken to it like they did to email 12-15 years ago.

That’s because it’s *difficult* to use properly. Those who deride Twitter are usually the thickest of all, they remind me of fatwa-waving Muslims who didn’t bother reading The Satanic Verses. Ignorance is always loud.

But this year could be different. I’ve started noticing followers among my non-Twitter mates, tenatively sending out the odd message, becoming more confident as they begin to understand what a wonderful thing it is.

And where they tread, the great unkempt masses of idiots who think The Sun running a pro-war ad in an Argentinian newspaper is a good thing, will follow. In 2013 it will become the new email as it for those of us who see a DM as more personal, valuable and immediate than an email.

That’s because nobody has ever, ever said ‘Did you get my DM?’ because they know it’s arrived, they know their Twitter addressee would think they were stupid if they did so. But not so with email, I can’t begin to tabulate the number of people who still ask me whether I received their email (Of course I did, you idiot, I just ignored it… and you).