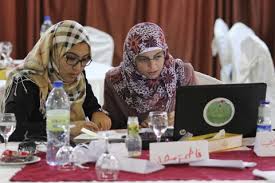 One of my highlights of 2015 was a visit to Ramallah and Jericho in the West Bank to speak at a conference and meet some of the amazing startups in Palestine.

Under extraordinary conditions, how these companies exist is difficult to believe. Israel has control over the spectrum and still refuses to grant 3G licences to mobile operators who have already paid for them, but Palestinian tech companies are not only thriving, they are also doing business with global companies in Israel itself.

The tech boom across the border in Tel Aviv and other Israeli cities is impressive. Some are spawned out of the Israeli Defence Force, especially in Beersheva and a significant cluster is forming in Jerusalem, but this is all achieved with the help of 4G, a technology Palestinians can only dream of accessing.

Conditions in the Gaza Strip are even worse. Here, operators with 2G licences are still being blocked by Israel and with blockades on all sides, this territory of 1.8 million people is more like a refugee camp than the ‘pene-exclave region of Palestine’ described by Google.

Understandably these people are seething, but while some turn to anger and extremism, others are turning to technology to give themselves an identity. One initiative is Gaza’s only startup accelerator, Gaza Sky Geeks. In December a crowdfunding campaign was launched by global humanitarian agency Mercy Corps means to secure its future and at time of writing, it had raised $142,325, 203% of its original $70,000 goal.

This campaign has now been extended to January 8th, with the hope of raising this amount to $500,000, money that will be spent to keep its co-working space open for all of 2015, expand support for female startup founders, arrange an international hackathon, and coordinate the first Silicon Valley visit by Gazan startups.

“Although humanitarian assistance is critical in Gaza, most youth are craving opportunity, not food. Youth in Gaza are among the Arab world’s most educated young men and women, and they are hungry for the chance to prove themselves in the global marketplace,” said Iliana Montauk, Director of Mercy Corps’ Gaza Sky Geeks program.

Gaza Sky Geeks was launched in 2011 by Mercy Corps with a generous grant from Google.org. Subsequent financial and program support from Google for Entrepreneurs has enabled Gazan startups to connect with more than 30 startup communities globally, including in Silicon Valley.

Over the last year, GSG has progressed from providing technology entrepreneurship training and facilitating competitions, to bringing in the first private startup investment to Gaza and promoting women’s leadership.

“Mercy Corps has created a vibrant technology hub in Gaza that we’re proud to have supported over the last few years,” says Bridgette Beam, Senior Manager at Google for Entrepreneurs. “We’re thrilled to see this exceptionally talented and passionate community receive the boost it needs to continue growing.”

That boost that Beam refers to is that crowdfunding campaign that lasts until January 8th. While the story of Israel’s startup nation is one of great innovation, perhaps it’s time to even things up and support the ‘startup pene-exclave region’ story of Gaza. 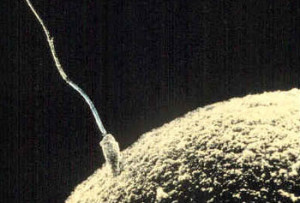 I’m sure you know where this is going, but anyway. The game is apparently a challenging, but hilarious game in which a sperm swims past obstacles to fertilise an egg… and is a ‘salute to all of us who have won the race.’ END_OF_DOCUMENT_TOKEN_TO_BE_REPLACED 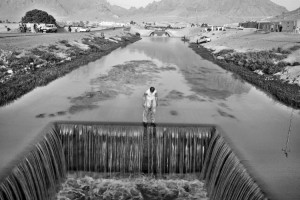 The programme is a recently launched acceleration program in partnership with USAID that is expected to create 50-100 new jobs every year. Arabreneur also works in Jordan, Egypt, Morocco and the United Arab Emirates. END_OF_DOCUMENT_TOKEN_TO_BE_REPLACED