According to Artios, an London-based artificial intelligence company, anonymous posts mean we are more likely to read female writers. 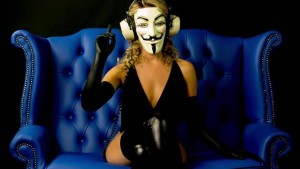 As somebody who writes for The Economist I know all about anonymous bylines. Every story in that publication comes from within, those of us who are party of that privileged band of writers may not have our names accredited to the story we’ve written, but none of us care.

For gender relations, however, it would appear that people (including women) are more likely to read posts written by women if they are anonymous. A recent ‘blind’ survey of 1,000 people across Facebook, Twitter and Instagram from AI company showed that we are biased towards male writers, when rated on a variety of criteria, including trustworthiness, approachability and friendliness.

As a man who has read The Golden Notebook, Backlash and respects Naomi Klein more than 95% of men I have ever read, and who really thinks he is gender-neutral, I must make a terrible confession.

A cursory look at my sprawling library of books show a huge proportion of male writers. Maybe book publishers should ‘de-gender’ bylines and just show the surname. Maybe then this shocking imbalance can be rectified and we can all read the content, not the gender.