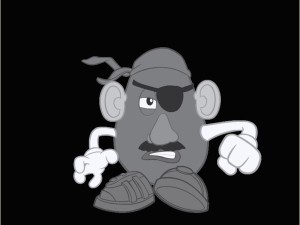 Mashtags are apparently made from quality British potatoes and their shapes included the hashtag, @ symbols and those much-loved emoticons. END_OF_DOCUMENT_TOKEN_TO_BE_REPLACED

On Friday Twitter announced that it had ended its syndication deal with LinkedIn, which previously allowed people on Twitter to link their tweets with LinkedIn’s news stream.

The addition of an #in hashtag was an easy and effective way to edit tweets into LinkedIn without alienating that network with every tweet, er, ‘tweeted’. But with Twitter’s recently added features such as threaded conversations and expandable tweets not showing up on users’ LinkedIn pages, Twitter decided to pull the plug. END_OF_DOCUMENT_TOKEN_TO_BE_REPLACED 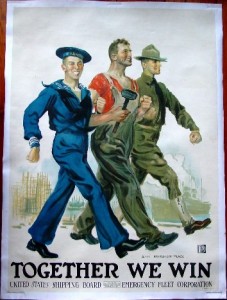 UK creative agency Sixth Story has come up with a different approach to social media by promising to share in their ‘Lotto win’ with anybody who engages with them on Twitter.

All ‘Tweeps’ have to do is RT @sixth_story including an image and using the hash tag #comingupsixes and they’ll be in it to win it. Naturally, the agency haven’t yet won the lottery… a fact that did take this writer an inordinate amount of time to work out.

Still, they did get my attention and if they do win the lottery I’ll be biggest twit in town. It will be interesting to see if such a campaign goes viral, but maybe I’ll leave the penultimate word to Sixth Story who sent this to me in an email:

“We want to come up with more fun campaign ideas like this that small businesses can “DIY” and drive the local economy. Maybe we’ll do a series over the next year, something to do with the Olympics… ideas come from anywhere!”

Since he signed his five-year contract at Liverpool football club in 2007, Ryan Babel has spent more time warming his Dutch bottom on the bench rather than playing for his team.

Used as an ‘impact player’ who comes on as a substitute and occasionally changes a game, he has made more impact on Twitter than the greensward of Anfield. END_OF_DOCUMENT_TOKEN_TO_BE_REPLACED