Now you have no excuses, the FretX makes learning the guitar a walk along the fretboard with lights to show the way. 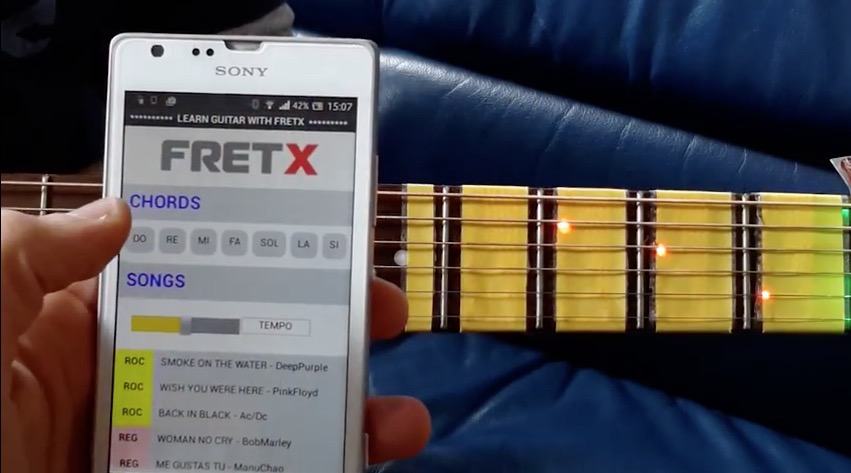 The FretX device is an ingenious piece of musical kit that was originally launched on  Indiegogo and was successfully crowdfunded to 198% of its target.

It is now, indeed, a most viable product… in fact, there are two viable products, one is the Rockstar that retails at $89 (£62) and the other is FretX pack at $59 (£42)… and it is fantastic for anybody who has struggled to learn the guitar.

I am one of those such people. I tried to learn when I was travelling, looking good with it wrapped around my neck, but not so much when I played. I was always a long way from perfect pitch, tuning was difficult to my ear and my fingers were like thumbs when I used the fretboard.

However, that guitar has always been my friend and I’ve always wanted to improve my relationship with it. The first action was to get hold of a Roadie 2 so I could actually tune my guitar; the second was to use the FretX.

At first, I was unimpressed, it looked like a stencil kit for amateur artists, but once I realised that I could stretch its four ‘fingers’ around the top four frets of my guitar, then it all made sense.

The next step was to download the app (available at leading stores) and then link the device, when then effectively becomes an LED learning device, with lights coming on and off when the wannabe musician needs to make a chord shape.

After registering as a user and inputting the skill of the guitarist and type of guitar, the new musician then has to follow YouTube tutorials and other media to learn the guitar.

This device does not come with a manual and that makes the learning experience obviously digital, but also a more effective and modern one.

I have a long way to go before I can even consider myself a minor musician, but the FretX has set me on a better way.

It’s certainly struck a chord with me, maybe it will do the same for you. A most excellent smart learning device.

Our second recommended Christmas gift comes from the co-creator of Beats and Atari and some excellent, though expensive, earphones. 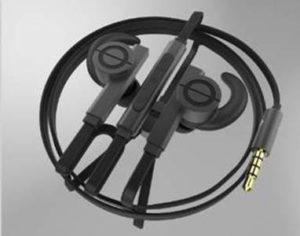 As the world continues to draw into itself and we close off into ourselves by blanking it out with music, podcasts and radio via earphones and headphones, it’s imperative that the products we use in our ears are of the best quality.

For many, it’s a question of choosing between headphones or earphones. Whether it’s long-haul travelling, running or walking quickly through cities, it all comes down to the individual. This writer prefers headphones, but earphones have become a huge market.

The technology for the information that streams into our brains has accelerated faster than Nico Verstappen on a rainy afternoon… with a similar proliferation of devices to choose from.

So, please be introduced to GameON earphones, produced by ROAM and Atari and successfully launched after successfully negotiating a crowdfunding campaign on Indiegogo. Designed for gamers and music lovers alike, GameON says the earphones deliver ‘elite sound’ (audiophile) quality at around $200.

The earphones have brushed titanium exterior parts, integrated dual audio frequency functionality with the versatility of balanced armature earphone drivers to create clarity of sound and solution for mobile audio.

As previously mentioned, I prefer pretending to be an experienced DJ and wearing headphones, so while I thought the sound quality was excellent and beyond anything I’ve ever experienced, but I’d suggest that I might not be the demographic.

With that in mind, I gave them to my teenage son for a thorough test over two weeks and his response was overwhelmingly positive saying that it felt as ‘if the music was running all around him’. They’re certainly not a cheap product, but the human ear is a delicate construction, so needs to be treated with respect.

What’s good enough for my 13-year-old is good enough for me. So, if you’re cool and not pretentious (like me) and agree that quality is more important than short-term technology, GameON is for you. An excellent audio product. 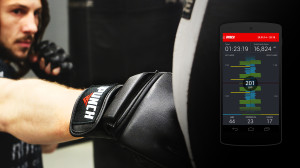 A new Indiegogo campaign it trying to beat other apps to the, er, punch with a pair of data-enabled boxing gloves.

As the Quantified Self movements increases in momentum, after Apple’s recent announcement of its iPhone HealthKit product, the iPunch is literally a hardware product to help people’s fitness. END_OF_DOCUMENT_TOKEN_TO_BE_REPLACED 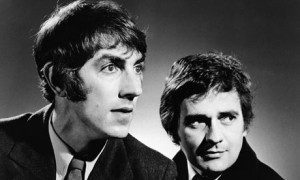 Digital agency NotOnlyButAlso has launched its first online product Connect+Convert, a tool that lets customers know which companies have been looking at their website and how to connect with them.

Named after a 1960s BBC comedy show starring the loved and departed Peter Cook and Dudley Moore, NotOnlyButAlso was founded in 2002 and has worked with clients such as the BBC, Five TV, Virgin Media and Turner Broadcasting across design and interactive channels. END_OF_DOCUMENT_TOKEN_TO_BE_REPLACED