Admix is offering AR and VR developers $25,000 for user acquisition. 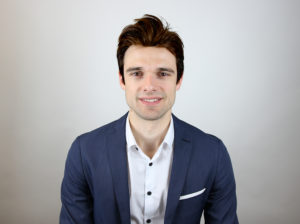 Admix, the in-game monetization solution that recently closed a $7m Series A, is offering developers a chance to win an up to $25,000 boost towards their user acquisition.

To participate, studios need to install the Admix SDK to power non-intrusive ads in their games, and monitor progress over the first six weeks. Admix will handpick apps with the most potential.

Developers can sign up here to the program and boost their acquisition.

Founded in 2018, Admix is a full stack monetization platform for game, esport, virtual reality and augmented reality developers wishing to monetize in a different way. Instead of traditional adverts such as banners or video interstitials, Admix’s SDK for Unity or Unreal enables developers to drag and drop posters, billboards or even 3D spaces in their games.

This ‘virtual estate’ is then sold programmatically to thousands of advertisers, a big differentiator to many competitive services acting as agencies. The Admix platform attracted over 200+ mobile publishers in less than a year, a growth that attracted VCs to lead a Series A round.

Recently, the Admix team has bolstered it’s partnership team with hires from AppLovin and inMobi. This team will evaluate performance of new apps joining the platform, monitoring weekly userbase growth, session time, retention, and monetization vitals via the Admix solution.

They will then award these UA grants to the most promising ones, and help acquire users via a mixture of sources, including their own in-game inventory – something that Admix is currently testing.

“While monetization has been our bread and butter, we have always tried to help the developer ecosystem, by sharing resources, or featuring indie developers. This is the next step, with us contributing financially towards the app success. We couldn’t be more excited about accelerating the next hit games” said CEO Sam Huber.

Although the program is open to all developers, including new apps, the terms and conditions of the offer indicate that Admix is mainly looking for apps with early traction, and strong unit economics, that they can accelerate through funding and UA expertise.

The company launched publicly in November 2018 by revealing the first-ever advertising campaign in VR with National Geographic and Oath (now Verizon).

They have since expanded to traditional games, and less than 18 months later, the company is working with over 200 game developers, including leading casual titles. Admix is doubling its inventory size every 2 months, which attracts over 500 advertisers monthly, including Fortune 500 brands like Amazon, Spotify, Uber and Universal.

Samuel Huber is the founder of Admix, a monetisation platform for games, VR and AR based in London. Previously, Sam was the owner of an indie game studio, building hyper-casual mobile games before they were cool. Today, Sam regularly speaks about game monetization, advertising and extended reality at conferences across the world.