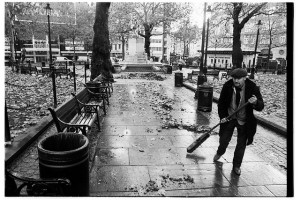 On my way home from work in London yesterday, I ordered food through JustEat with a few taps. Halfway home, the Tube broke down (sigh) and I found myself racing my fellow minions to the surface to find alternate transport.

With Hailo, I had my taxi booked and paid in two taps and avoided the long line at Paddington station. Annoyed by my delay, but glad to be on a direct path home, I rewarded myself by booking tickets to see an up-and-coming pianist on YPlan for later that evening. Two taps and the tickets were in my phone. END_OF_DOCUMENT_TOKEN_TO_BE_REPLACED 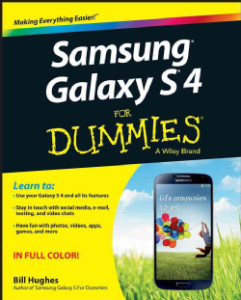 The Samsung Galaxy S4 is one of the smarter smartphones out there and a cursory read-through of its manual is not enough for a device that is layered as this one is.

The ‘For Dummies’ stable of books work on a very simple premise. Choose an expert to write the book, edit it minutely and lay it out in a very easy to read format that works for ‘dummies’ predominantly, but also for wannabe geeks.

This particular title comes in at exactly full colour 300 pages and costs £17.99/$24.99. That sounds a lot of money for what many would consider a glorified set of instructions, but it’s good value if you regard your smartphone as a computer rather than a mobile telephone. 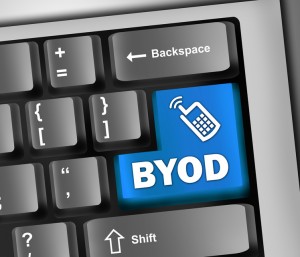 The increasing use of BYOD (Bring Your Own Device) by company employees is putting these companies’ corporate security at risk.

According to a report conducted by B2B International on behlaf of anti-virus security company Kaspersky Labs, almost a quarter of all businesses surveyed report losing sensitive data through BYOD use. END_OF_DOCUMENT_TOKEN_TO_BE_REPLACED 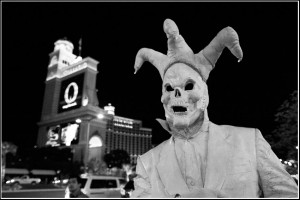 Last month’s launch of the iPad Mini has seen an acceleration in adoption of tablet-based advertising, according to a report by Indian mobile company InMobi.

The report shows that while smartphones remain the dominant device in mobile advertising impressions with a 74.1% share, tablets and connected devices are increasing rapidly with an overall share of almost 20%.

The data, sourced from July 2012 to September 2012 reveals that the iPhone continues to be the most popular handset on the market. However, the iPad’s share of impressions continues to rise with 11%, a 43% increase from Q2.

The research found that Apple remains the top manufacturer in the UK with RIM and HTC falling behind their competitor. Samsung achieved an increase in its share of impressions in Q3, with 16% increase from Q2.

The research also shows that the mobile web continues to rule, holding a 70% share of total advertising impressions, this share has decreased from 76% in Q1 and 72% in Q2, as ad impressions on mobile apps are rolled out.

“In the UK, mobile ad growth continues to be driven by smartphones. However, following the recent launch of the new iPad mini, consumer interest in tablets has never been higher and we expect the number of impressions on these devices to continue to rise in Q4,” said an InMobi spokesman.

The InMobi Mobile Insights report can be downloaded for free here. 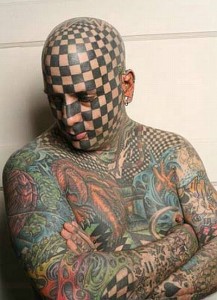 I have been on holiday for a week in the north of Tenerife with my wife and little boy. I’ve been swimming in the pool, playing tennis, driving in search of an English newspaper and enjoying peace before the inevitable return to the world of stress and anger.

Such early summers feel dream-like at times so when I saw a nib* in The Times this evening it was hard to know whether the newspaper was in my dream or whether my dream was in the newspaper. It wasn’t a case of you couldn’t make it up, more a case of something that I thought that I’d made up. END_OF_DOCUMENT_TOKEN_TO_BE_REPLACED