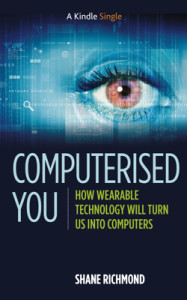 As the ex-editor of the Technology section of the Telegraph and one of the few journalists to have interviewed Apple’s Jonny Ive, Richmond has produced a little gem on ‘wearables’, the technology that we will all eventually use.

Citing watches, Google Glass and even future subcutaneous wearables, Computerised You has interviews with global influencers and mavens and is a quick read, not least because it’s so well-written. The content therein may alarm some readers as Richmond appears to have no problem with the forthcoming merger of man and machine, but in many respects this book be used as a reference for the future.

It may be more than 25 years before the Singularity is upon us, but it’s probably best to prepare for it now (especially if you have children). This book is a very useful asset in doing exactly that.

The book is available for £1.49 on Kindle and Amazon… Richmond blogs about technology here. 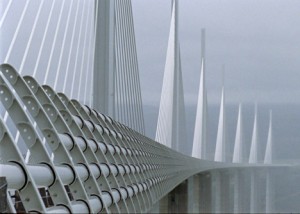 But it’s not exactly the place to get a decent coffee and a custard tart and it isn’t a place where you can usually see a decent independent movie or play. END_OF_DOCUMENT_TOKEN_TO_BE_REPLACED

Stripped of the hyperbole, Thompson’s criticisms boil down to: the entrepreneurs of Silicon Roundabout are enthusiastic; they haven’t delivered anything of worth (but other parts of the UK have); UK tech entrepreneurs aren’t as aggressive as their Silicon Valley counterparts and spend all their time asking for government handouts instead of building businesses. END_OF_DOCUMENT_TOKEN_TO_BE_REPLACED